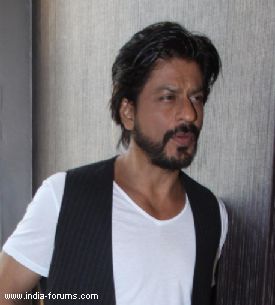 Sonu, who came up onto the dais to pay tribute to the action directors and stunt men in Bollywood, stunned the audience with a special act at the awards gala.

It was after his act that SRK, the show's host, asked Sonu to take off his jacket and vest to show off his body. Shah Rukh then admitted that he is jealous of his "Happy New Year" co-star's body.