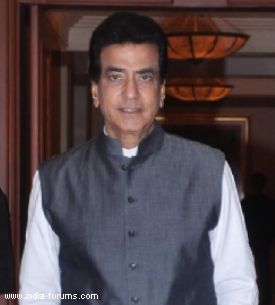 In his heydays, yesteryears' cinestar Jeetendra used to take on as much work as possible at a time to avoid feeling insecure at any point. The scenario, he says, has changed for today's actors.

The 71-year-old, who claims to have featured in about 200 films, was honoured with a tile of his hand impression here Wednesday. It will be placed at the UTV Walk of the Stars here.

Talking about his journey, he said: "I am from a very middle-class background and I found security in taking on more and more work and I just didn't want to say no to any thing. Those days we used to sign 30 to 40 films and we never knew when will a film get over."

"Sometimes we used to shoot from 7 a.m. to 1 p.m. and then again from 2 p.m. to 5 p.m. If somehow the third shift got cancelled, we used to become insecure," he added.

Jeetendra, whose son Tusshar is an actor and daughter Ekta a successful producer, says "today's time is different".

"Actors do one film in a year, choose it carefully and if they start, they end it first," said the actor, who made his debut in 1964 with "Geet Gaya Pattharon Ne".

He went on to do films like "Boond Jo Ban Gayi Moti", "Mere Humsafar", "Humjoli", "Caravan", "Parichay", "Khandaan", "The Burning Train", "Aasha", "Himmatwala" among others.

From Sid, Bunny to Ved, Barfi: Life Lessons that Ranbir ...
36 minutes ago