The trend of spin-offs began with Star Plus' popular show, Ishqbaaaz when it became the first Indian TV show to introduce a spin-off, Dil Boley Oberoi. While the idea of a spin-off is extremely popular in the west, it seems to have now invaded the Indian television space too. With the limited success of Dil Boley Oberoi, now Kumkum Bhagya has also introduced its own spin-off, Kundali Bhagya which goes on-air next week.

So, to keep up with the trend, we thought what if some of the popular shows decided to come up with their own spin-offs as there are several stories that had a lot of potential, but never took off. So, here are some ideas and how would be their plotlines. 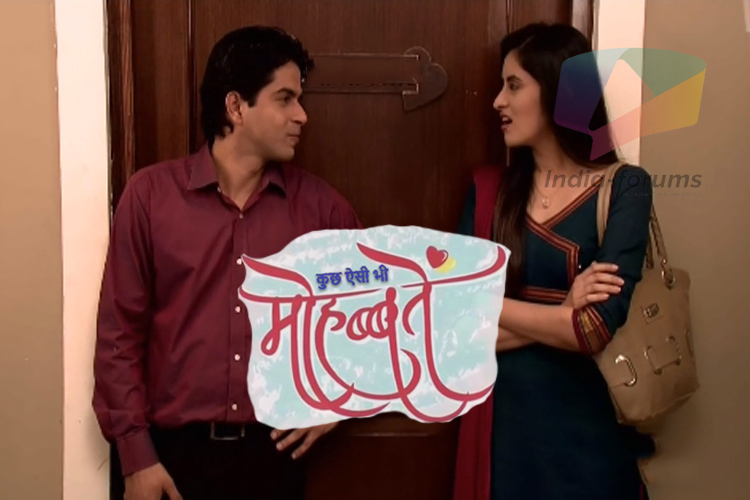 Raman (Karan Patel) and Ishita (Divyanka Tripathi) continue to carry the mantle of Yeh Hai Mohabbatein where they are the ultimate problem solvers pertaining their kids. However, what was once about 'mohabbatein' is no more the case and the viewers would love to see a love story once again.
Taking that into account, the topsy-turvy love story of Mihir (Raj Singh Arora) and Mihika (Mihika Verma/Avantika Hundal) was one of the high points of the show and it all went haywire once the whole Ashok (Sangram Singh) scandal occurred.
Now that we know that Raj Singh Arora will soon be back in the show; we would love to see a background love story of Mihir and Mihika and experience the different shades of their saga in a probable title Kuch Aisi Bhi Mohabbatein.

From Ishqbaaaz - Rudra and Bhavya with Soumya in Ishqbaaazi 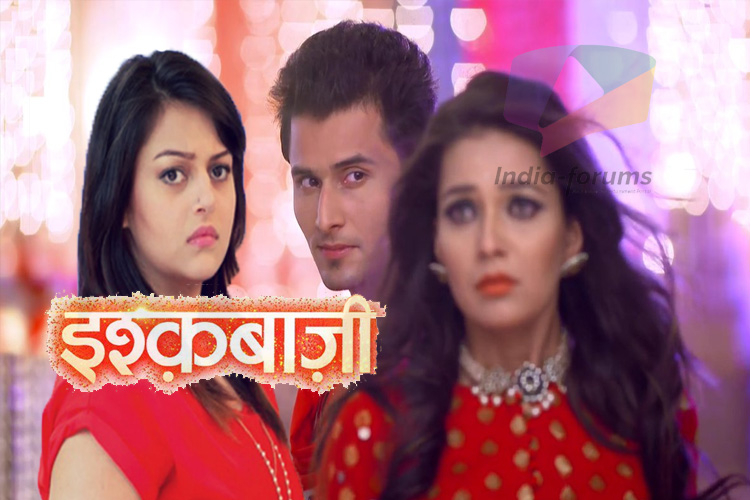 The popularity of Ishqbaaaz is evidently huge and that's how it became the first Indian TV show to introduce a spin-off, Dil Boley Oberoi which focused on Omkara (Kunal Kulbhushan Jaisingh) and Gauri's (Shrenu Parikh) story-line.
And now that the shows are being merged once again, we feel the full-of-potential love story of Rudra and Bhavya will once again be overshadowed.
The trend has been set. The fans have always been disappointed about Rudra and Soumya's storyline being ignored.
So, to propose another spin-off with Rudra (Leenesh Mattoo) and Bhavya's (Mansi Srivastava) tale would be an attractive prospect. And remember how actress, Nehalaxmi Iyer mentioned that she has taken a BREAK and NOT quit the show! Well, nothing better than re-introducing Soumya into a new full-fledged show and a love triangle with ups and downs would be a treat to watch and this enable a lot of Ishqbaaazi.
Yes! Ishqbaaazi is our choice of name for the spin-off, as Dil Boley Oberoi or anything pertaining that never impressed us! 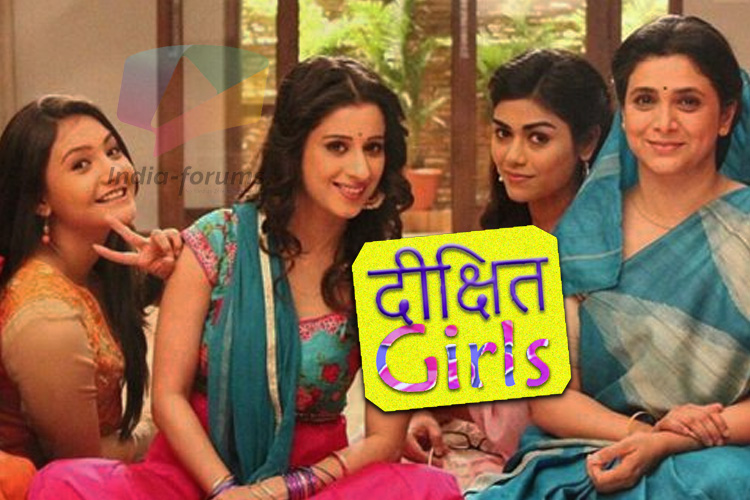 Dev (Shaheer Sheikh) and Sonakshi (Erica Fernandes) have gone through probably every possible change in their love story from a break-up to a reunion too. And considering how the makers have already resorted to the sisters' re-entry, it only fits that a spin-off show focusing on the three sisters is the right option.
With Nikki's (Aashika Bhatia) live-in relationship with Laksh (Ashwini Koul) and Riya's (Ankita Bahuguna) marital status, the future plot-line has been set. We also know that Neha (Chestha Bhagat) will be re-entering the show soon.
And hence a full-fledged spin-off exploring the before and after-life of the three sisters would be a great show in itself. With cameo entries from Dev and Sonakshi, spin-off show, Dixit Girls can be an interesting watch. 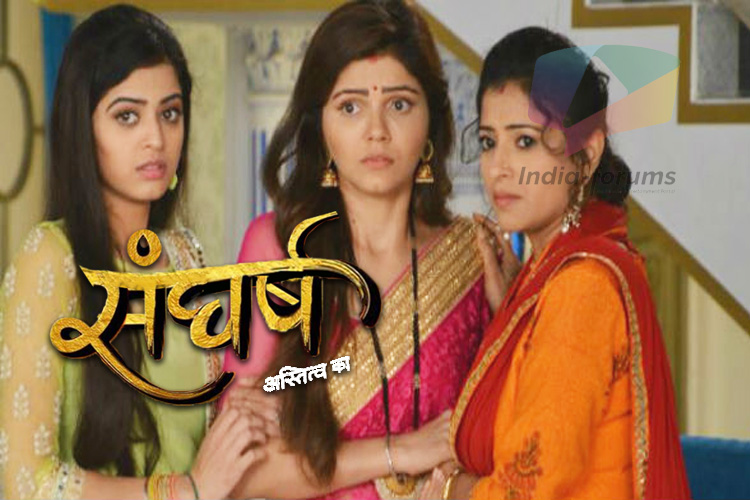 Even though we were introduced to a background story about Saumya (Mahira Khurrana) and Nimmi (Reena Kapoor), the makers decided to rush the grown-up track and in a matter of being on air for a month, Shakti... Astitva Ke Ehsaas Kii introduced us to Rubina Dilaik as Saumya and Vivian Dsena as Harman.
However, the background story was infact the origin about the struggle of a mother safeguarding her own child from the ruthless world which includes saving her from her own father and grandmother too.
As the story was rushed too soon and we would love to see a prequel spin-off which focuses on Nimmi and her struggles during her days of safeguarding Saumya and another attractive angle to it would be how a grown-up Saumya, who has no Harman in her life decided to avenge her mother's death thus establishing her own identity. Such can be the Sangharsh - Astitva Ka.

From Beyhadh - Janvi and Maya in Beybas 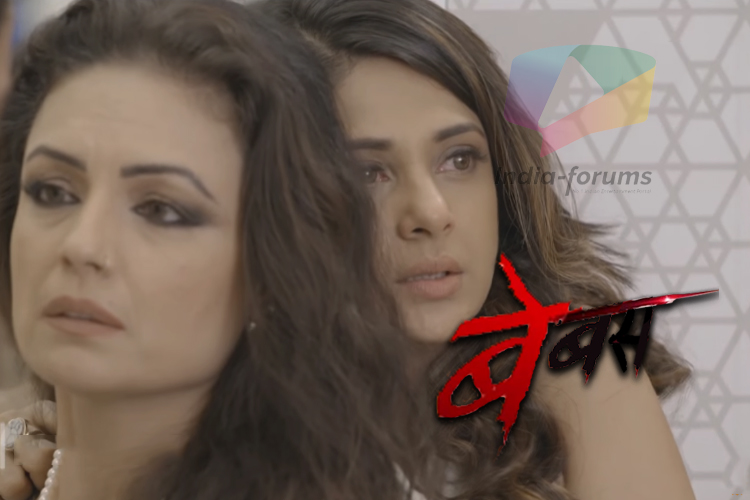 We have all witnessed how Maya (Jennifer Winget) had a background that led her to become what she is today. A troubled childhood which included assault from her father Ashwin (Rajesh Khattar) and several other issues had Maya become the crazy person she is today. However, amidst all this, it is Janvi's (Kavita Ghai) story that took a backseat.
Hence, a spin-off on Janvi' saga would be interesting where we can see on how and why did she not raise her voice against Ashwin back then and how did she actually raise Maya amidst all this atrocities!
Things can get more interesting if there is a mystery about Janvi also being a psychotic lady back in her younger days and Maya infact inheriting several of her traits today. The restraints of Janvi and why exactly was she helpless against Ashwin would make it Beybas.

While, these were our versions of having probably spin-offs, what do you have to say about the same? Leave in your comments below..

After 'Lizzie McGuire' Hilary Duff To Lead In 'Younger' Spin-Off

zonnakhan 2 years ago Vivian Dsena u are an amazing actor!!! Stay blessseddd

Shaina_b 2 years ago I want Saumya back on Ishqbaaz!!!

ShamrozSays 2 years ago Well i felt DMG should also have gotten its spin off wid rahul muskaan as leads or any side couple as a lead in dmg spin off!

shelly_22 2 years ago Well really waiting for Saumya's return and Rumya love story on track. Miss their bang on cute nok-jhok! They were too compatible and fun to watch. Present Ruvya pairing hasn't gone well at all! Seems too forced.

Rubinafan 2 years ago keep rocking gorgeous Rubina Dilaik. we are proud of you.

Debina Bonnerjee to wrap up her negative shade cameo on ...
25 minutes ago