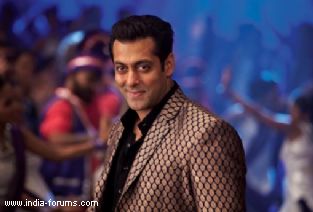 Superstar Salman Khan, who has been promoting Swedish-Greek actress Elli Avram ever since she entered the reality show 'Bigg Boss Saath 7' house, says he may consider her for a film.

Salman was the host of 'Bigg Boss Saath 7', which ended recently.

When asked whether Elli will be seen with him on the big screen, Salman said: "You will see Elli when a director or producer casts her. We have Elli in mind for sure ... I will say that straight out."

Elli made her Bollywood debut with 'Mickey Virus'.

However, Salman clarifies that nobody can take undue advantage of his friendship to get a film.

He said: "It's very clear that if I see something in a person only then that person will get to work with me."

"Earlier when I used to drink, they would think they will come and do their 'jugaad', but nothing used to work.

"If I feel that a person deserves it, only then it will happen or else nothing doing. If somebody makes my head turn twice that means the girl has something about her," he added.

+ 2
7 years ago i hope sallu casts my elli for his next..i hope she has a good role in it!!miss u elli jaan

+ 5
7 years ago knew salman would help her in her career jus like he's helped several others!
keep rocking salman! liked ellie in BB7...she should have won!

Priyanka is FAB AS ALWAYS. Sad to hear about her fathers illness.