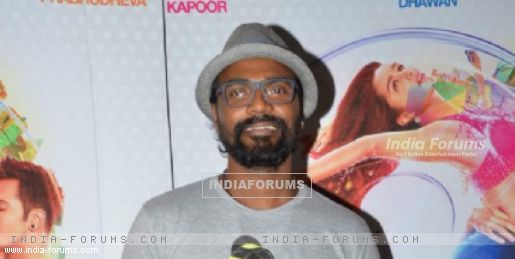 Remo Dsouza, whose latest directorial venture "ABCD 2" is ready for release, says he was able to make the original 2013 film "ABCD: AnyBody Can Dance" because of his team.

Present at the "Nach Baliye" sets were actor Varun Dhawan, Remo and the dancing trio, Sushant, Raghav and Dharmesh. At this promotional, event Remo gave the entire credit to his team for the success of "ABCD".

"This is my team: Sushant, Raghav and Dharmesh. It is because of these guys, I was able to make 'ABCD'. When I first met them, I thought, we got some talented dancers in India, so why can't we make a dance movie," he said.

"Before meeting Dharmesh, I was only Remo, but after him, I got the title "sir", now people call me Remo Sir. So he helped me get my 'sir' title," Remo said.

"ABCD 2" is a sequel to "ABCD - AnyBody Can Dance" and it is releasing on June 19. The film has made headlines from the point of its conception. Everything about the film, which stars Varun Dhawan, Shraddha Kapoor and Prabhudheva, screams youth, fun, love and one of the oldest Indian traditions - dancing. The film also stars foreign talent Lauren Gottlieb.