Mumbai, Sep 17 (IANS) After remakes of blockbusters of yesteryears, Hindu epics are the latest fad in Bollywood.

Some of the best-known filmmakers in tinsel town are re-interpreting the classics through their own lens.

Though Mani Ratnam, with producer Bobby Bedi, had to postpone his plans for the 'Mahabharata', Raj Kumar Santoshi is going right ahead with his 'Ramayan', casting Ajay Devgan and Kajol as Ravan and Sita with southern film star Prakash Raj playing Ram.

Salman Khan, reportedly, has been keen for years to play Ram. The craze just does not end here; producer Uru Patel is ready with his modern take on Hanuman.

Renowned filmmaker Aparna Sen is all set to realise her dream project of telling Sita's story in 'Ramayan'.

'I want to do my own version of the 'Ramayan' as told from the point of view of Sita. I want it to be a truly international film in English. It needs international funding and a whole lot of detailed production planning. But it's my most cherished project,' she said.

Meanwhile Sen's favourite protege, Rituparno Ghosh, has his heart set on making the 'Mahabharata' from Draupadi's point of view.

Ghosh has decided to cast Bipasha Basu as Draupadi. But he's willing to back off for Sen's sake.

Ghosh said: 'If she, at any point of time, feels my Draupadi would impinge on her Sita, I'd happily put off my film. Reena di (Aparna) has a superb script and she has been toying with the project for seven years.'

Bipasha is all excited and hopeful for the project. 'I want to do the film with Ritu. I've grown up hearing the tales from the 'Mahabharata'. Draupadi is a favourite character. People say I'm too westernised to play Draupadi, but I know myself. I can carry it off. This is one thing that Ritu and I are definitely doing together,' she said. 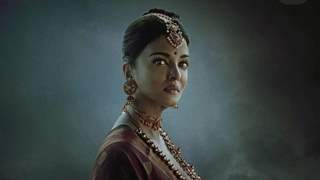