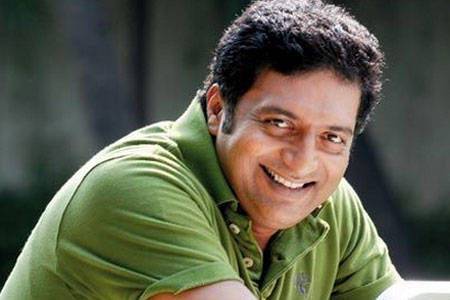 Prakash Raj says he walked out of Mahesh Babu-starrer Telugu actioner "Aagadu" because he had some creative differences with its director Srinu Vaitla.

"I walked out of the project following some creative differences with Srinu. I even shot for a day and then decided to quit. Srinu and I mutually agreed with my decision and didn't have any qualms about it. But this matter was blown out of proportion by some people," Prakash told IANS.

Surya had lodged a complaint against Prakash Raj over his behaviour with the Director's Association and Movie Artists Association (MAA). Following which, rumours were circulated about a possible ban on the actor.

"I never misbehaved with anyone on the sets. I did receive a letter from MAA, but I was surprised to know that they didn't even hear what I had to say about these allegations before taking any action. Some people have fabricated this story against me. When the time comes, I will publicly reveal their names," he added.

Prakash says he will submit a detailed letter to MAA to prove his innocence.

"I will submit a letter with a video to prove my innocence. If I'm proven wrong, I'm ready to face the consequences," he said.

Prakash Raj has faced several ban threats in the past for his behaviour, but since he's one of the most sought after actors directors and producers seldom press charges against him.