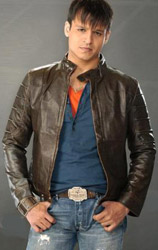 ‘Chandni Chowk to China’ will see Akshay going ‘Parkour’ way. After him now its actor Vivek Oberoi who joins the Parkour way. The actor has been training with a Parkour specialist, who is helping him to get in the right shape.

Well it is not Vivek’s new interest but all these efforts are for his next film that is still untitled. In this film, he will be seen doing some heavy-duty action scenes. The scenes will be shooted in South Africa.
The film is produced by Kumar Taurani and is directed by Kookie Gulati. It will star three heroines opposite Vivek.
This month the actor is all set to begin with the shooting for the Dharma Productions next. The film will be shooted in New York. Rensil D’Silva will direct this film. Apart from Vivek, Saif Ali Khan and Kareena Kapoor are part of the film.
So, after six-packs, eight packs 'parkour' is in trend.
7 Likes