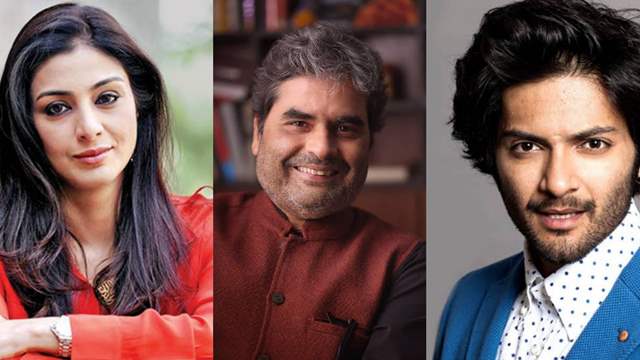 Vishal Bhardwaj, one of the noted filmmakers of Bollywood has now announced his next project 'Khufiya' and just reading its details will give you high expectations from the film.

Vishal is joining hands with Netflix for this project for the first time and the film will feature his favorite Tabu along with 'Mirzapur' star Ali Fazal and '84' fame Wamiqa Gabbi in lead roles.

Famous actor Ashish Vidyarthi will also be seen in a pivotal role in the film.

'Khufiya' is based on a true story from the world of intelligence agencies in India.

According to reports Vishal Bhardwaj's  film is based on Amar Bhushan's detective novel 'Escape to Nowhere'.

The production of this film will start by the end of this month and the main location of the shoot will be Delhi.

Talking to Hindustan Times, Vishal said that, "70% of the film will be shot in Delhi and the remaining 30% in the US". Regarding the cast of the film, he said

Tabu is everyone's favorite and my favorite. My best work is with her. I have written this character keeping Tabu in mind. Tabu is playing the lead character who is running a mission. And in every project that I have seen Ali, he seems to be a great actor, so I chose him to work with. 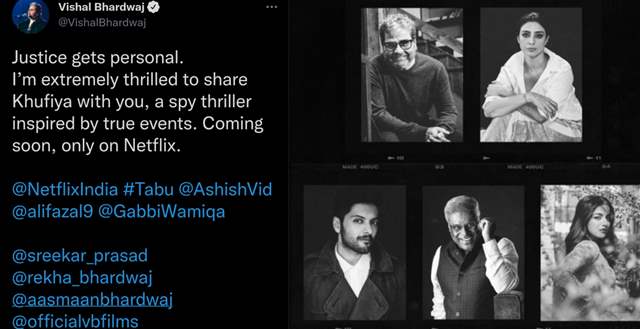 It marks the second project for Tabu with streamer Netflix after the 2020 series "A Suitable Boy", directed by Mira Nair.

With Bhardwaj, the actor has worked in critically-acclaimed feature films "Maqbool" and "Haider"

This spy thriller 'Khufiya' is the story of a RAW operative, a traitor and a lover in which personal circumstances make the mission even more difficult.

Vishal wants to release this film in the second half of 2022.