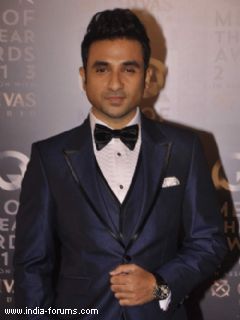 Vir Das, who plays a double role in "Saxx Ki Dukaan", says those who enjoyed sex comedy "Delhi Belly" would like his film too.

Parandeep Singh is helming the project and he is yet to finalise the lead actress.

"'Saxx Ki Dukaan' is an interesting film. It's a sex comedy and I am doing a double role in it. We are looking for a girl. But I would like to say that it's for the 'Delhi Belly' audience," Vir, who played one of the three friends in "Delhi Belly", told IANS.

"'Delhi Belly' was a film, which for the first time, was made the way kids actually speak and it was well received by the audience. I hope even this film is accepted by the audience," added the popular stand-up comedian.

Vir, also seen in films like "Go Goa Gone" and "Sooper Se Ooper", calls himself a flexible actor, thanks to his theatre experience.

"Limitations depend upon the role. I have done Bachelor of Arts in theatre and I had gone naked for a role in a play. I have already done such things. When you are standing on stage, it makes you very brave. So I have no limitations," he said.

He will be seen with Kangana Ranaut in "Revolver Rani".

"We were doing horrible things on the screen, so it was important to be sweet off the screen. I got to learn a lot from her," he said.