After a long struggle, Vineet Singh finally emerges victorious in Jo Jeeta Wohi Superstar as he makes it to the Champions’ on Friday. However, the more surprising news was the ouster of Priyani Vani from the show.

Vineet Singh has been one of the top three contenders for  some time now and we are quite sure it will be very heartening for his fans to finally see him among the Champions. The irony of the situation, though, is that Priyani, who over-rode Vineet’s votes last week to become the cross over challenger, was eliminated from the show this week. The judges were ecstatic to see Vineet make it thru as they thought that he was the one who deserved it the most. In fact, Farah even commented saying, “You are such an amazing singer, and you should have made it thru to the champions earlier. But I guess they were too scared to vote for you.”

So don’t miss out on all the excitement on Jo Jeeta Wohi Superstar only on STAR Plus on May 9th and May 10th at 10.00 pm. 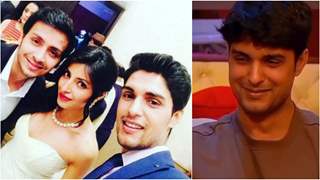 jayashree singh 14 years ago Very well deserved.I am so happy finally he made it.

neelu_amrita 14 years ago on 9th may(friday) Amit Sana's performance was good, he choosed the tough song(bunti & bublee) but the way of judgement from jury was totally unfair, they were shown red flag to him. He is a good singer inspite of his throat problem, he is performing very well. I think there is some hidden problem they are not supporting him. Amit sana is a good singer and good composer and his recent released album 'YAADEIN' also excellent rated ***** . So we are requesting please do correct judgement.

14 years ago Go Vineet!
I wish him the best of luck.

+ 4
14 years ago From day one he has been overrated and is basking under past glory... None of his performances have been worth any mention... And attitude now is irritating... Hope public voting does what judges have failed to do till now...

14 years ago oh no, reason he is on that side is cause more sms for him and more money for the channel, what a scam

14 years ago good for vineet, not happy about priyani's exit... sumitra shoud have gone long ago before aishwarya was out

+ 3
14 years ago i dunno why this article twisted farah's words! she actually said she wud call the champions scared if they dont pick him this time! not tht she called them scared of him already like the article says. besides the judges still agreed to tht point tht last time priyani was better deserving to go there in the champ side.
and about champions voting privilege, they never misused their voting priority till date so pls dont blame them for nothing. and for vineet yep he is a gr8 singer and its good to see him there.

+ 5
14 years ago vineet's a good singer but his attitude sucks! he's way too full of it now!