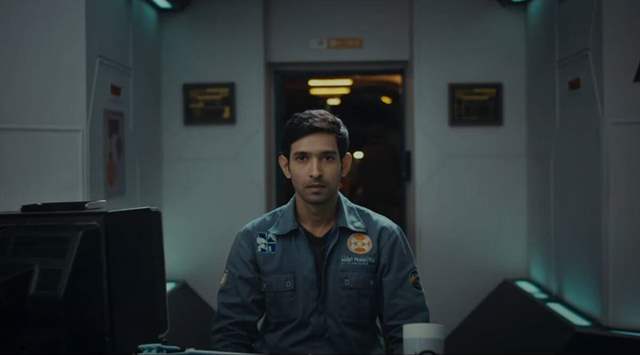 Vikrant Massey and Shweta Tripathi starrer Cargo is now out on Netflix and oh boy, is that a movie that deserves a watch. Much like the unique name (because it identifies dead bodies at the shipments), the story is one that will have you thinking. This is the perfect combination of sci-fi as a genre clubbed with mythology, and yet, not make it look over the top or sound preachy.

Aarti Kadav has created what we can call a gem out of this film, however, we must understand that it is not one hardcore sci-fi but a movie that brings together various aspects, but with a revised thought process. Vikrant plays Prahastha, the rakshas, whose purpose is to Post Death Transition Services. What the company does is basically prepare humans for their reincarnation by healing them and clearing their memory.

Meanwhile, we soon see a new entry in the form of Yuvishka, played by Shweta Tripathi. She is supposed to be the assistant to Prahastha, who is not very keen on doing the duties along with her. None the less, he has to, and eventually, that is an area which is explored really well. However, these two characters make a full circle only because of how they perceive things, and life.

While on one hand, we have Prahastha making functioning like a typical 'sarkari chakar' through the years, on the other, we have Yuvishka, who is cheerful, full of questions and zest of its kind, of course. Both of them define two various sides of this story that is beautifully narrated with the use of phenomenal cinematography, and in fact, for a second, also makes it believable. None the less, there are some loopholes that don't feel right, but in the end, it just makes sense.

What a viewer would like to imagine is what if there is a parallel world like this where humans go after death, and that is how it all happens unlike all those stories of what could be(s) we have heard. Both Shweta and Vikrant have done a great job at what they set out to do, however, there are themes that we wish were explored better and in a deeper context, for they pique your interest for sure. In addition, Massey doesn't have as much to do as we'd like him to, but it is still a treat.