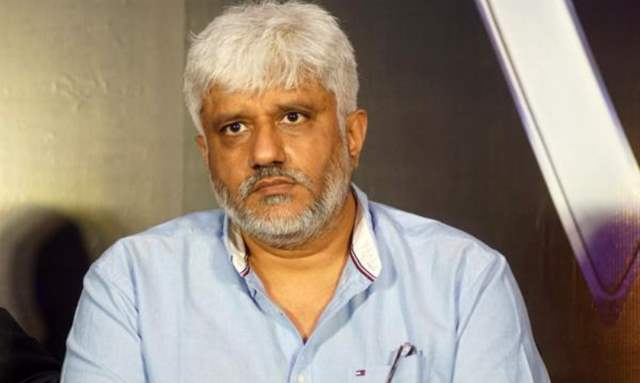 A couple of days ahead of the release of his upcoming horror-thriller Ghost, director Vikram Bhatt hosted a special session on the existence of ghosts along with demonologist Sarbajeet Mohanty,  Pooja Vijay, Actress Sanaya Irani, and Shivam Bhargava. The director has shocked his fans as he grilled established actors by saying they are dumb. He also went on to mention why he works with newcomers.

During the interaction, Bhatt was asked about dubbing for his characters as why he relies on it? To which he said, “Yeah, I‘ve dubbed for a few it’s just that when you see the film and the actor is good but sometimes you feel that the only thing that is not giving the actor a maturity or age is the voice. So its not really as silly as we had even done that for Bipasha in Raaz, Katrina was dubbed for 4-5 films, Lisa was dubbed in Kasoor, that happens all the time, that is because the actor has to come into his own and because I mostly work with newcomers that’s why the need to dub happens again and again.

“If I work with established actors then they are quite dumb, I dubbed for Imran Hashmi and I remember he said I can’t do it, not that I can’t try so everybody goes through that - the learning experience,” he added.

The discussion saw a plethora of discussions and Bhatt had the audience hooked onto every word he uttered. He further added, “My strong belief in the existence of ghosts everywhere is the driving force behind making most of the films you see me helming. I am pretty convinced about the existence of parallel dimensions and beings that exist in those dimensions. Every film and story you see from me tap into these thoughts.”

Sarbajeet Mohanty, demonologist, added, “It is important for us to understand the details about ghosts and their existence. A lot of the information and facts about ghosts are twisted and lost in myths and stereotypes. For example, all ghosts are not to be feared. Discussions like today’s need to happen more often so we can circulate the right information. Vikram’s knowledge about ghosts stems from his deep interest in them.”

Ghost, A Vashu Bhagnani production, directed by Vikram Bhatt will release in cinemas on 18 October.

Vikram Singh Chauhan: I was learning a lot from Jeetendra Ji!

Vikram Singh Chauhan Feels He Can Relate To His Character Aniket in ...