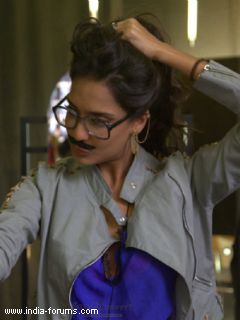 Vikas Bahl, director of Queen, is pleased as punch, as his flick centred on Kangana Ranaut has whipped up ample curiosity on the social media circuit. Although the movie illumines Kangana in the role of the protagonist Rani, there is another actress who acts as a catalyst in the transformation of the screen character. Lisa Haydon, model and actress who green-lighted her career with Aisha, enacts Vijaylakshmi in Queen. Vikas Bahl says, "The character of Vijaylakshmi in Queen is that of a very free-spirited girl. I met Lisa and I found her to be such an interesting person, that I re-worked the character of Vijaylakshmi. I tweaked the character to suit Lisa."

He adds significantly, "I thought that Lisa was way more free-spirited than what I could conceive as a person. So I was willing to re-look at that character and do it in such a manner that Lisa would do an even better job of it, than what I had conceived." Queen details the life and times of a small-town Indian girl, who decides to go on her honeymoon alone, owing to a twist of Destiny! Queen premiered at the Busan Film Festival in October 2013 and won rave reviews too.