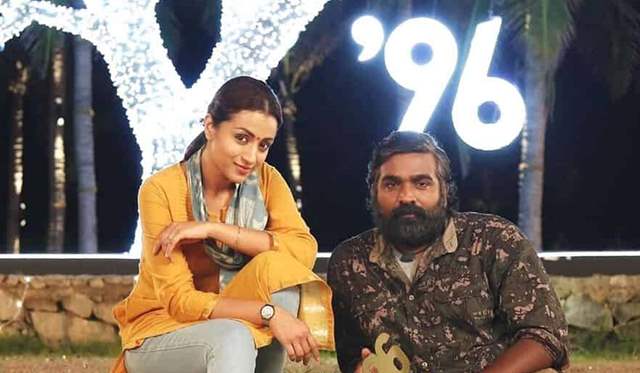 Producer Ajay Kapoor has bagged the rights for the Hindi remake of the much-loved Tamil film 96, starring Vijay Sethupathi and Trisha.

The 2018 romantic drama followed the story of two high school sweethearts from the batch of 1996 who meet at a reunion, 22 years after they parted ways.

The cast and director for the remake are yet to be announced. Ajay Kapoor said he decided to adapt 96 in Hindi as the heartwarming, light-hearted romantic tale had the ability to transcend language barrier.

“The story breaks the barriers beyond the bounds of language and region, which prompted me to remake the film in Hindi for the national audience,” the producer said in a statement.

“I am actively working on developing the right script for the narrative along with the director and right kind of star cast. Once we finalise everything, I would soon like to make the official announcement of the cast and crew,” he added.

Directed by C Premkumar, 96 was praised for its nuanced performances and went on to become a blockbuster upon its release.

Kapoor has recently wrapped production of his upcoming John Abraham-led film Attack. He is also backing a big-budget film based on Afghanistan rescue crisis, titled Garud.