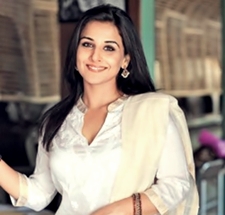 Recent B-Town buzz has it that Vidya Balan was ousted from Ajay Devgn's next, Rascals for Kangana Ranaut and from Priyadarshan's Bullet Trains as well, and these rumours have had Vidya quite riled up.


Rumours state that Sanjay Dutt influenced Vidya's replacement in Rascals with Kangana after Vidya demanded a high fee for Indra Kumar's Double Dhamal. Vidya clarifies that it just did not work out with Indra, and as for Rascals, well, she was neither considered nor approached for the film in the first place! She also steers Dutt clear of the blame, by terming him 'too professional' to hold personal grudges.
Additionally, she did not take on Bullet Trains because the dates clashed with another film she is working on with Sujoy Ghosh. Meanwhile, she filmed for an advertisement together with director Priyan only recently, and assures that their are no mutual hard feelings between the two.
And since talk is on about Vidya's upcoming projects, we wonder what's up with speculations on an Ishqiya sequel?
Vidya states that Abhishek Chaubey has to let her reprise her role again, or, in the spirit of her character, she will threaten to shoot him!
Whoa! Now that is another facet of the docile Vidya Balan for you!