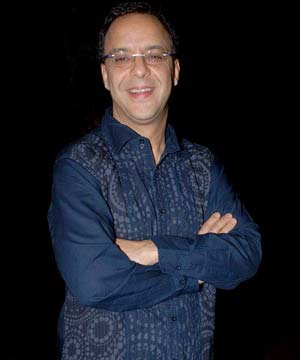 Chopra was at the eighth annual Film Bazaar, organised by the National Film Development Corporation Ltd.

Apart from being a part of the Film Bazar's session titled "Master Class with Vidhu Vinod Chopra: A dialogue between Filmmakers", he came forward and ensured help to the emerging filmmaker.

Film Bazaar has played a significant role in the growth of cinema in recent years. On seeing that, Chopra, on behalf of Vinod Chopra Films and Rajkumar Hirani, extended an interest-free repayable loan of Rs.10 lakh to Sharma's film "Haraamkhor", produced by Guneet Monga.

The initiative ensures that while funds are made available to deserving filmmakers, they are also responsible for returning the monies.

As neither Sharma nor Monga were present at the function held here Monday, filmmaker Anurag Kashyap received it on their behalf.

"I am proud to receive it on behalf of Shlok," said Kashyap, who was assisted by Sharma in films like "Dev.D" and "No Smoking".

Likewise, Manish Mundra also extended an interest-free repayable loan of Rs.10 lakh to Rinku Kalsy's "For the Love of a Man" and awarded prize money of Rs.10 lakh to Arun Karthick for "The Strange Case of Shiva (Sivapuranam)", both showcased under Film Bazaar Recommends.

NFDC's Development Award along with the prize money Rs.10 lakh went to Mostafa Sarwar Farooki for producing "No Land's Man" under the co-production market.

Raam Reddy's "Thithi" won the sponsorship for Digital Intermediate process at the facilities of Prasad EFX under the Work In Progress Feature category.

Khushboo Ranka and Vinay Shukla's "Proposition for a Revolution" won under Work In Progress Documentary section for taking their rough-cut documentary to completion.