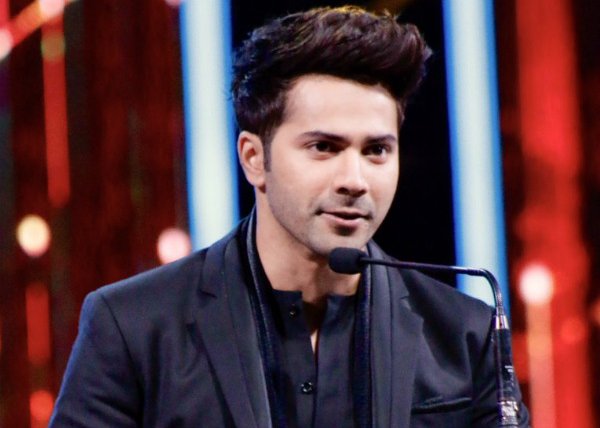 Shooting for the song "Tan tana tan" from the upcoming film "Judwaa 2" is over. Actor Varun Dhawan says the song is special.

Varun on Sunday tweeted a glimpse of the song, where the "Badlapur" star is seen shaking a leg with actress Jacqueline Fernandez, director David Dhawan and the crew.


"Tan tana tan" is a remake of the popular song from the 1997 film "Judwa" starring superstar Salman Khan. The song was picturised on the "Dabangg" star, Karisma Kapoor and Rambha.

The film is a remake of the Salman starrer and features Varun in a double-role along with Jacqueline, Taapsee Pannu and Anupam Kher.

'Tujhse Hai Raabta' to take a Leap; Checkout their Post Leap ...
38 minutes ago

Karan Johar’s Takht put on Hold; Plans for another film ...
51 minutes ago

Kartik and Naira to Separate AGAIN in Yeh Rishta Kya Khelata ...
59 minutes ago