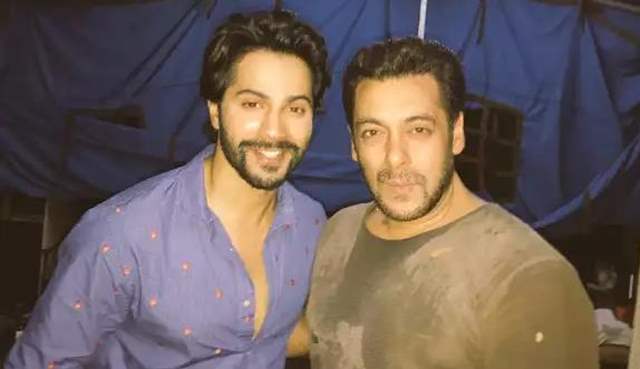 Bollywood actor Varun Dhawan is currently gearing up for the release of his upcoming creature comedy Bhediya. Well the film is garnering all the limelight since its trailer was released. The horror-comedy co-starring Kriti Sanon is the story of a simple man, who turns into a Bhediya (wolf) every night after being accidentally bit by one!

While the movie nears the release date the team has been busy promoting the same and guess what they have now turned our 'Bhaijaan' Salman Khan into Bhediya.

Varun Dhawan and Kriti Sanon recently visited a prime time TV show for the same. Now taking to his Insta handle, Varun shared a video with the show's host Salman Khan, that shows him turning into a "Bhediya" using a filter. Varun further added that he had a great time on the show and that Salman Khan even asked him to bite him so that he could turn into a Bhediya too!

He captioned the post as, "Bhai bane BHEDIYA. Had to bite him. Had a great time on big boss with bhai @beingsalmankhan milte hain 25 Nov ko theatre mein".

Along with Kriti and Varun, Bhediya also stars Deepak Dobriyal in a key role. It is produced by Dinesh Vijan and is directed by Amar Kaushik.

+ 12
2 months ago Lol good one, Salman turning bhediya with a filter. Looks great time indeed for Varun in BB show