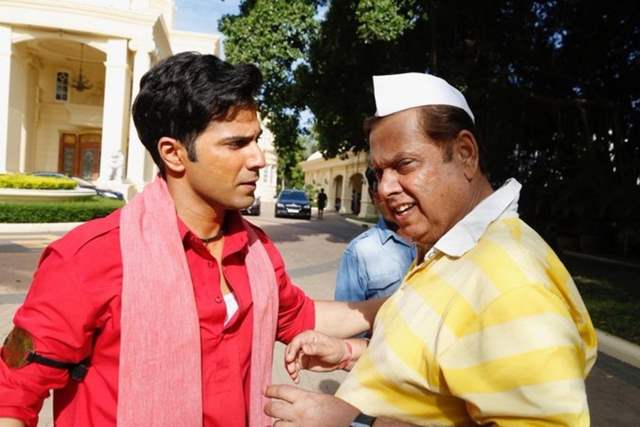 On Wednesday, actor Varun Dhawan took to Twitter to shut down a news report of a 'split wide open' between the actor and his filmmaker father David Dhawan.

The news portal reported that Varun Dhawan is in disagreement with his father David Dhawan over the release of Coolie No 1 on digital platform.

However, VD rubbished the report and hit back with a classy reply as he responded by writing:  “Maybe until I don’t give you an interview you shouldn’t write on my behalf sir" with a ‘folded hands’ emoji.

The news article had quoted a source as saying that David Dhawan, who is the director of Coolie No 1 along with producer Vashu Bhagnani wanted to opt for a digital release on OTT platform, however, Varun was not in agreement with this which led to a rift between the father-son duo. "Apparently, Varun feels that until the Khans go digital, why should he?" the portal had reported.

But before the rumour could catch fire, Varun has cleared the air.

Meanwhile, Varun Dhawan and Sara Ali Khan’s comedy-drama was reported to have a theatrical release on New Years. However, there has been no confirmation from the makers.

Speaking of Coolie No.1, the film is a remake of 1995 Govinda and Karisma Kapoor starrer and features Varun Dhawan and Sara Ali Khan together for the first time on screen. It also stars Jaaved Jaaferi, Paresh Rawal, Rajpal Yadav, Shikha Talsania. Earlier, it was scheduled to release on May 1, 2020 but was postponed in the wake of the Coronavirus outburst in the nation