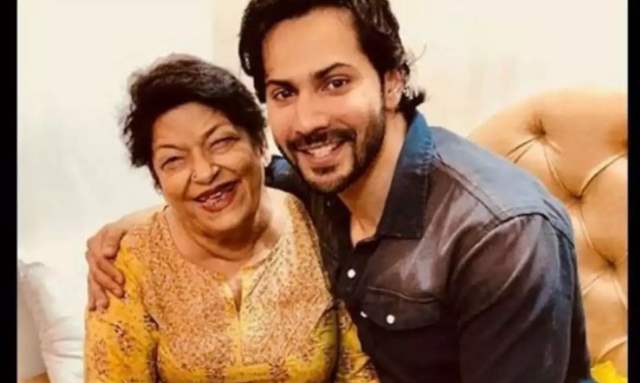 Saroj Khan breathed her last on Friday after suffering a cardiac arrest at the age of 71 and her daughter said that the prayer meet would be held within three days. She was admitted to a city hospital on June 20, after she had complained of breathing issues.

Now, Several Bollywood celebrities have shared their condolences at the death of the ace choreographer and their master ji. One of them was Varun Dhawan who took to his Instagram handle and shared a picture of him with Saroj Khan. He even penned a Heartfelt note remembering her.

Sharing a picture, he wrote: “We were blessed to have u. Thank u ma’am for all your songs your legacy lives on.” 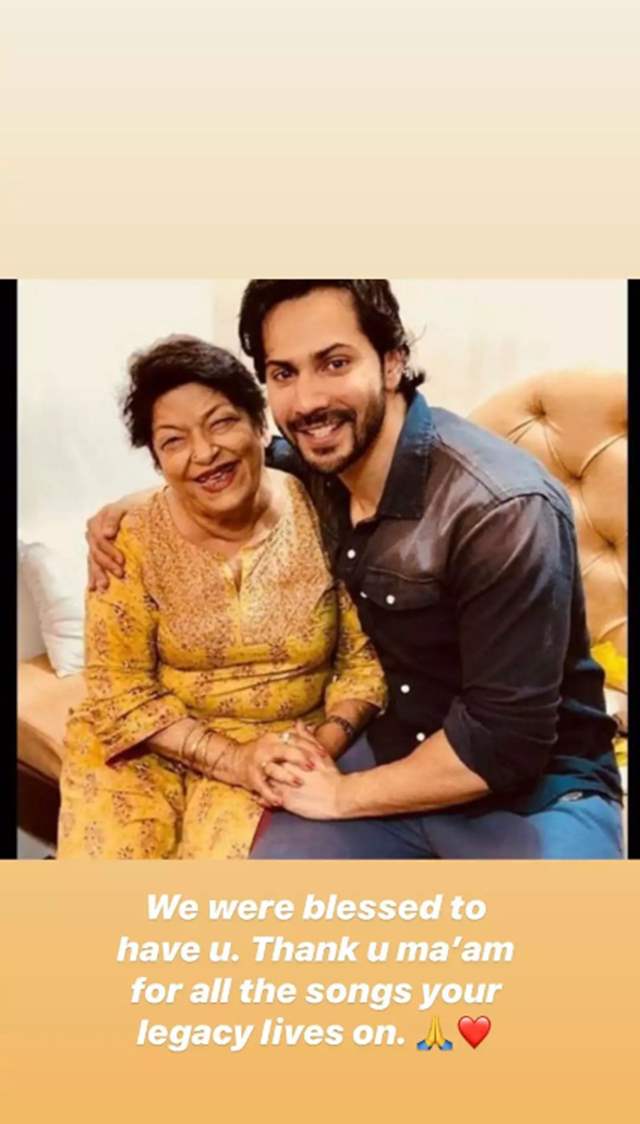 The ace choreographer won three-time National Awards for some of the most memorable tracks, including 'Dola Re Dol' from Sanjay Leela Bhansali's 'Devdas', 'Ek Do Teen' from Madhuri -starrer 'Tezaab' and 'Ye Ishq Haaye' from 'Jab We Met' in 2007.

Meanwhile, on the work front, she last worked with Kangana Ranaut in ‘Manikarnika: The Queen of Jhansi’ and Madhuri, Alia Bhatt and Sonakshi Sinha in ‘Kalank’.

Sanjay Dutt's Official Statement after being Rushed to the ...
26 minutes ago