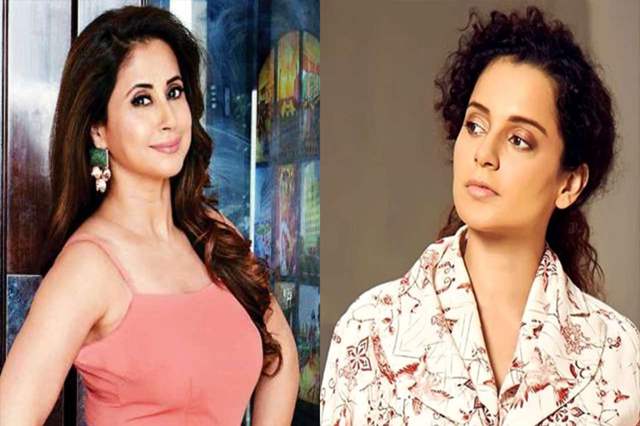 It did come across as a major surprise when it was confirmed that actor Urmila Matondkar has joined political party, Shiv Sena. The actor has been in news for a while now especially owing to her public spat with actor Kangana Ranaut.

While on one hand, Ranaut has been throwing hurls at her, Matondkar has been dignified with her responses and also attained a lot of love from the general public.

She joined the party on Wednesday, December 1, in the presence of Maharashtra Chief Minister Uddhav Thackeray at his residence ‘Matoshri’ in Mumbai. According to a PTI report, Matondkar spoke about Ranaut and said that her earlier interviews were part of a larger interview, but many questions were asked about Ranaut.

Opening up, she said, “I think she has been given undue importance, and (I) do not think of giving any further importance to her.” Moving on, Matondkar also revealed why she joined Shiv Sena. The actor turned politician said that she is impressed by the leadership of Shiv Sena president Uddhav Thackeray and his work and hence decided to join the party. She added, “I had received a call from Thackeray himself before joining the party.”

She continued to share that she would be glad with Shiv Sena's women wing and called it strong. She praised the government and said, “The Maharashtra government faced various challenges like COVID-19 pandemic, heavy rains etc, but the government has performed extremely well in this one year (since coming to power in November 2019). I think Sena has done well in this test of governance.”