The year of 2014 has brought forth many exciting movies to entertain the viewers with, and as expected, the month of August does not disappoint! Although most of the movies set to hit the big screen this month are not the grand high profile projects that one would scramble to the theaters for, we can't deny that their storylines are nothing short of having the ability to capture your attention! 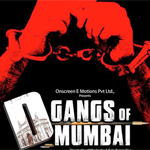 The first week of August saw the release of a very low profile, typical Bollywood movie based on hooligans and their journey to reformation. The film, D Gangs of Mumbai released on the 1st of August featuring the likes of Mahima Chaudhry, Arya Babbar, and Sanjay Kapoor. The story focuses on the characters Shiva and Avi, (played by Arya and Sanjay respectively) who have chosen to tread the path of no return i.e. committing illegal activities to gain power and status in the bustling city of Mumbai. It is then up to a police officer with an innovative visionary concept to reform the two criminals! Now, the question is, does he succeed? Is it worth it? Hit the theaters on the 1st to find out! 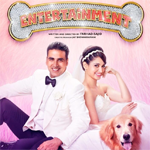 Following that, on the 8th of August releases Entertainment, a slapstick Bollywood rom-com featuring the Khiladi of Tinsel Town, Akshay Kumar alongside the very beautiful Tammanah Bhatia. As expected of a Sajid-Farhad film, it'll tickleyour ribs, no doubt! What remains to be seen is, whether it'll do so in the positive way or the negative! No Sajid film goes without a ridiculous plot, and this movie doesn't fail to disappoint! The story revolves around the official heir of a multi millionaire tycoon being a dog - in the literal sense. How does Akshay fit into the equation and what could the dog possibly do with the entire wealth of his master in his name, are all questions that'll be answered on the 8th! 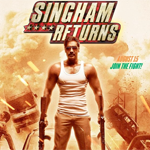 Third on our list is possibly the only film that will be the most awaited for this month: Singham Returns; starring Ajay Devgn with Kareena Kapoor Khan as the female lead. The movie is a sequel to the very popular Singham, which was originally the remake of a Tamil movie, Singam. Just like any other Rohit Shetty project, this action packed movie will, without a doubt, set the screens on fire once again with the combination of tremendous acting, gravity defying stunts, and a talented crew behind the camera. What criminal cleansing mission is Bajirao Singham going to take on next, you wonder? Don't forget to show up at a theater closest to you on the 15th! 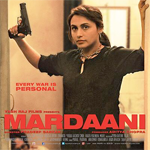 The last two Fridays of August also feature the releases of another two movies, both low-profile, yet starring two of Bollywood's most talented actors, Rani Mukherjee Chopra and Emraan Hashmi! The Rani Mukherjee starrer, Mardaani, releases first, on the 22nd. Mardaani is a crime-drama film in which Mukherjee plays the role of a courageous senior inspector who sets out to capture the mafia and the mafia's kingpin in 30 days. Does Inspector Shivani find the mafia and fulfill her duty? Grace your presence at the theater to find out! 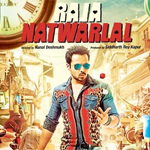 The last but not the least is, Raja Natwarlal, starring the one and only serial kisser, Emraan Hashmi. Although the movie itself is based off of a real life con-man, it also contains many twists and turns to keep the audience on their toes. If nothing else, the one thing Emraan is popular for may be enough motivation for you to show up at the theater on the 29th.

While there are films with stories that bring us nothing new, the stars and the banner itself manage to excite us. There are also a few in the list that just make us want to shrug our shoulders in disinterest. To us, there's not much to choose from but beggars can't be choosers, eh? We now want to you hear from you! What are you waiting for from this list?

Author: Harjot D.
Editor(s) : Ritchelle C. and Sonia R.
Graphics: Gurprit K.
Have a suggestion or comment for BollyCurry? Then drop us a PM at BC_Dropbox today!
14 Likes