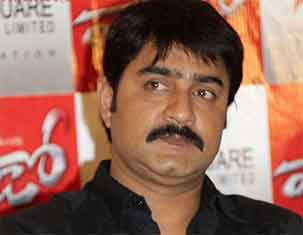 Telugu actor Meka Srikanth is shocked and saddened that a stubborn person like his co-star, friend and "brother" Uday Kiran decided to commit suicide.

On Sunday night, Uday, 33, hanged himself from the ceiling in his flat in Hyderabad.

"He (Uday) was not just an actor in the industry. He was like my brother. I'm shocked to know that he is gone because he was too stubborn to take such a tragic step," Srikanth told IANS.

Srikanth was the first from the industry to visit Uday in the hospital.

"He was too young to be gone. Moreover, he was an established actor with several hits. We lost three fine Telugu actors last year and now in the beginning of 2014, Uday is gone," he added.

Uday made his cinematic debut with Telugu romantic-drama "Chitram" in 2000. He went on to act in several successful films such as "Nuvvu Nenu" and "Manasantha Nuvve".