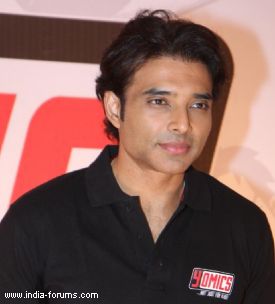 At 4l, actor-producer Uday Chopra does not feel any pressure to get married, and he is busy working on establishing Yash Raj Films (YRF) Entertainment abroad. He says getting married is "not the only option" people have today.

Uday, who now lives in Los Angeles to manage his home banner's Hollywood wing, is currently in Mumbai to promote his forthcoming acting project "Dhoom:3".

He believes in marriage as an institution but says "it depends on what works".

"If you find a girl who doesn't want to get married, then you don't get married. Its very individualistic thinking. I don't believe that marriage as a institution is dead, but I also don't think that that's the only option you have today," he said.

Son of late filmmaker Yash Chopra and his wife Pamela, Uday says his "mother is fine and okay" with his decision of not marrying as yet.

"She feels I will do it whenever I feel like. Now that I have started out this production work (YRF Entertainment), I want to see it being productive. I want to see going forward. Once that happens, I will settle down," he said.

A lot has been said of his relationship with actress Nargis Fakhri.

When asked about it, he said: "I don't want to answer it. I don't like to talk about my personal life. We are friends...I will put it that way."