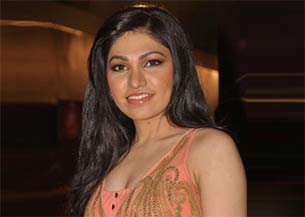 Bollywood playback singer Tulsi Kumar is making her theatrical debut with the musical play "The List", an adaptation of the award winning French drama "La Liste".

Directed by Rohini Bhatia Singh, it is produced by Monjoy Joy Mukerji. Nikkisha Rangwala plays the lead role in the play.

Tulsi, daughter of late singer-producer Gulshan Kumar, has not only sung but also co-composed the song "Before the dawn" for "The List" as well as a French number for the play.

"Rohini and Nikkisha approached me as they wanted to use a couple of my soundtracks for 'The List'. They wanted to turn it into a musical. I loved the idea and became a part of it.

"It's been a great experience as I have rendered the English song 'Before the dawn' and also co-composed it with Rohini," Tulsi said in a statement.

"I have also rendered a Quebec folk French song for the first time. Apart from these, I will perform a 'bhajan' and my latest track 'Mujhe ishq se' from 'Yaariyan'. Theatre has always fascinated me and now through my music I am foraying into the theatre world," she added.

"The List", a musical monologue, recounts a woman's relationship with herself, her neighbour, her husband, her imaginary lover and her dreams.

"The List" will premiere at the National Centre for the Performing Arts here Jan 26.