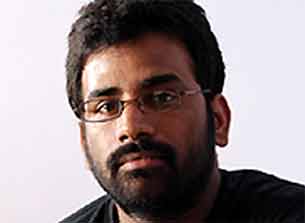 "I pitched my film to several producers but nobody was interested because it was different from the usual type of Telugu films. They felt it wouldn't suit Telugu audiences but I decided to produce it on my own with great difficulty," Sri told IANS.

It was reported that the film is loosely based on the life of late MLA Erra Satyam but Praveen has denied it.

"It's a political drama with strong revenge element as backdrop and is not based on anybody's life. Since it is set in Mahabubnagar, which happens to be Erra Satyam's constituency, it is being speculated the film is based on his life," said Praveen, former assistant of filmmaker Ram Gopal Varma.

The first trailer of "Kaalicharan", starring Krishna Chaitanya, Kavita Srinivasan and Chandini was received very well when it was released a few months back. Even Bollywood filmmaker Anurag Kashyap had appreciated it on his Twitter page.

"Kaalicharan" is releasing after fighting a legal battle for nearly six months.

"Some people had problems with the names of some characters that we had used in the film. They objected to the same when the trailer was released. I also had to cut down the violence after the censor board suggested that I make these changes for theatrical release," he added.