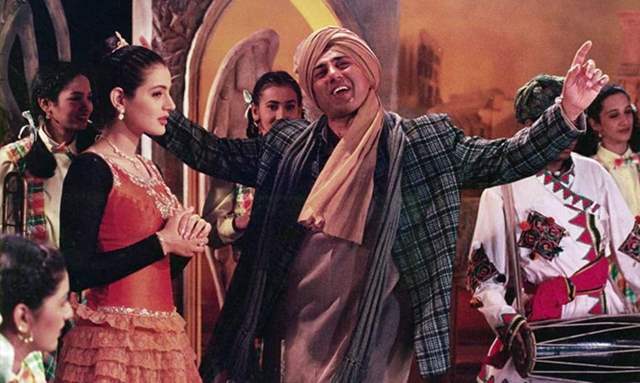 Now, during a recent interview with Bollywood Bubble, director Anil Sharma said that while he wouldn't want to take names, many female actors rejected the film on one pretext or another. He also pointed out that some felt it was too old-fashioned and others didn't hold Sunny Deol in high regard.

When asked if Kajol was approached for the role, he said, "I don't want to name anyone, it's not right. The media is free to name anyone. But we approached several top actresses of the time. Some felt that we weren't up to their standards, they felt Sunny Deol 'sahab' wasn't up to their standards; they felt they were too big for us. They felt we weren't 'trendy'. They didn't even listen to the story."

He continued, "Some actresses who heard our story felt that it was a period film, and it would involve getting dirty; those days films would be shot internationally. They used to tell us to make 'youth-oriented' films. They'd make some excuse or the other."

However, the filmmaker said that Ameesha was destined to play the role. "Perhaps it isn't their fault," and added that many actor who turned him down back then are now his friends, and often express regret for not having done the film.

On the other hand, Anil is also known for films such as The Hero: Love Story of a Spy, Veer, Apne, and the upcoming Apne 2, in which he will collaborate with three generations of the Deol family.

Earlier today, to celebrate the milestone, Ameesha took to her Instagram handle and shared a BTS video from the film sets starring Amrish Puri.

Meanwhile, Sunny Deol shared a special note thanking his co-star Ameesha and filmmaker Anil Sharma. ''We made a film, you made it an event! #20yearsofGadar, I express my gratitude to everyone who made our film historic. @ameeshapatel9 @anilsharma_dir @zeestudiosofficial” he wrote.