This year’s National Awards is out and like always it is full of mixed baggage. Priydashan's Malayalam film Pulijanmam bagged the National award for Best Film while Rajkumar Hirani's Lage Raho Munna Bhai got the Best Popular Film award. Soumitra Chatterjee, the veteran Bengali actor, managed the Best Actor award for his Bengali film Podokkhep and The Best Actress award was given to Priya Mani for her role in Ameer Sulthan's Paruthiveeran. Getting nominated for the third time Konkona Sen Sharma, has been honoured with the Best Actress Award in Supporting role for her character in Vishal Bhardwaj's Omkara. Dilip Prabhavakar, for his role as Gandhi in Lage Raho Munnabhai, got the Bets Actor in Supporting Role.

Music director Shantanu Moitra bagged the Best Music award for Lage Raho Munnabhai. The Indira Gandhi award for the Best First Film was given to Kabir Khan's Kabul Express. The film Khosla Ka Ghosla received the honour of the Best Film (Hindi) Award. Madhur Bhandarkar has completed his hat-trick of winning National Award as the Best Director with his Traffic Signal. Madhur Bhandarkar managed his previous National Awards for his films Page 3 and Chandni Bar. 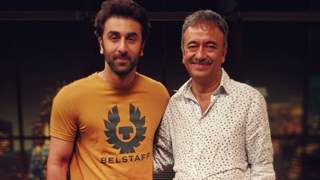