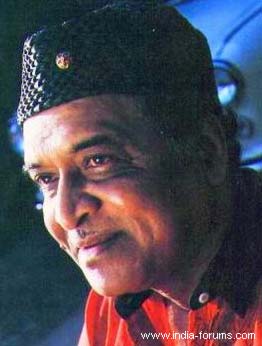 Mumbai, Nov 8 Mourning the death of Bhupen Hazarika, Lata Mangeshkar says there won't be another one like him and that she not only fell in love with his music but enjoyed his company as he was always full of life and joy.

'I sang for him way back in the 1950s in Assamese. I was scared of getting the pronunciation wrong. But he was confident. And I was game since I love singing in various languages. And the song was so lovely 'Jo na kare rati'. I fell in love with Bhupenda's music,' she said.

'Our association began from there, and continued through decades. He became close to my entire family specially my youngest sister Usha who sang innumerable Assamese songs for him,' she added.

Legendary singer-composer Hazarika died of multiple organ failure at a Mumbai hospital Saturday. He was 85. His funeral is due Wednesday.

Lata remembers staying at his home in Kolkata and says he was a good host.

'I had gone for the recording of some Bengali songs for Bhupenda in Kolkata. I stayed with him and his wife (Priyamvada Patel) in their home. They made me so comfortable. There're very few people in my life I felt so relaxed with. Bhupenda was always full of life and joy, so much so that I hated the thought of him being ill,' she added.

'Two years ago he came home. I was dismayed by the change in his health. Seeing him so frail, I was depressed. From then onwards I didn't have the heart to meet him. I was supposed to record a song with him, I chickened out.

'I am frightened of seeing loved ones in pain. When my mother fell ill, I had to be dragged by the rest of the family to see her. But I kept abreast of his health through my sister Usha who was on the SMS with Kalpana Lajmi (Hazarika's companion). I got to know of his hospitalization. He was really in pain.

'When I heard of his illness, I rang him up in the hospital. Kalpna put the phone to his ear. I believe Bhupenda responded to my voice. They even played my songs for him in the hospital. I know he was very fond of me and my singing. And I of him. Three days ago, a journalist came to me saying Bhupenda was very critical. I recorded my get-well message for him. Then, it was over,' said Lata.

The legendary singer is all praise for Kalpana for looking after the late singer so well.

'The way Kalpana put her entire life on the shelf to look after him till the end is exemplary. She made sure he was in the best hospital and got the best treatment. Such dedication is rare in today's world,' said Lata.

'My most popular song for Bhupenda in Hindi was 'Dil hoom hoom kare'. The composition was very special. Bhupenda sang the song originally in Assamese. Today, I smile as I remember how entertaining he was in person. I enjoyed his company. And I enjoyed singing his songs. There will never be another Bhupen Hazarika,' she added.