June 2nd was International Sex Worker Day, a day dedicated to sex workers and the choices they are presented with, what they decide and the subsequent consequences. Today BollyCurry brings to you Bollywood movies that have depicted the varying lives of sex workers. 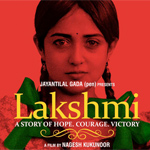 First up is the recently released Lakshmi, written and directed by Nagesh Kukunoor. Starring Monali Thakur as a 13-year-old Lakshmi, the story is of how she is kidnapped and forced to enter the prostitution business. Unlike most movies, Lakshmi portrayed the real side of the inhumane business of child kidnapping and prostitution, which unfortunately is quite prevalent in many rural areas of India. The film premiered at the 2014 Palm Springs International Film Festival where it won the Audience Award for Best Narrative Feature and also was critically acclaimed. 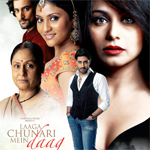 Next up is Laaga Chunari Mein Daag (2007), which starred Rani Mukherjee in the role of a call girl. Faced with poverty and wanting to fulfill her younger sister's dreams, Vibhavari (played by Rani Mukherjee) heads off to Mumbai to find work, but is forced to become a call girl after a series of obstacles. Laaga Chunari Mein Daag focused on the difficulties a woman often has to tackle to obtain work, especially when she prevails from a small town or village. While the movie did not do well in India or with critics, it did moderately well overseas. Rani Mukherjee and Konkana Sen Sharma also received nominations at the Filmfare awards for their roles. 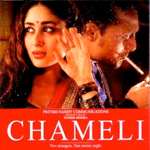 Kareena Kapoor's Chameli (2004) was a huge success and won Kapoor a Filmfare Special Award for Best Performance. Chameli is the story of a young girl who was sold to a brothel by her uncle. She grows up to become a strong, street-wise woman who has a positive philosophy on life. The film brought forward the side of a sex-worker's life where they are forced into the profession by their loved ones who sell them for a little bit of money. Unlike most sex-workers, Chameli went on to accept her profession and was shown to be happy, despite the dreary situations she sometimes is faced with. 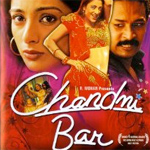 Sex workers aren't always working because they want to but because they have to. Chandni Bar is about one such woman, played by Tabu Hashmi, who is initially forced into bar dancing by her uncle to make money. She then marries a gangster, played by Atul Kulkarni, who saves her from her uncle and happily settles down. Several years later, due to her husband being killed, her son being arrested for a crime he never committed and lack of financial sustenance, she is forced back into bar dancing and even ends up selling herself. Chandni Bar was critically and commercially acclaimed, bringing Tabu into the limelight as she earned a National Film Award for Best Actress. 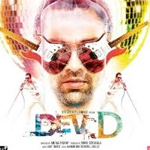 The modern adaptation of Devdas, Dev D. (2009) was a movie highly acclaimed both critically and commercially for being relatable to today's day and age. Kalki Koechlin's character, Leni or Chanda, was the modern day adaptation of Chandramukhi. A foreign college student, Leni takes on prostitution as a means of paying for her education. Here you witness a worker who goes into the profession simply to get herself a better life after her family abandons her. It also explores the phases of a prostitute's life as she first enters the profession and then is sucked deeper and deeper into the bleak world. Koechlin won the Filmfare Best Supporting Actress Award for her role. 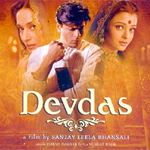 Now we bring you to the world of courtesans starting with the original Devdas (1955 and 2002). Played by Vyjayanthimala Bali in 1955 and Madhuri Dixit Nene in 2002, Chandramukhi is a good-hearted courtesan who takes Devdas (played by Dilip Kumar in 1955 and Shah Rukh Khan in 2002) under her wing even though he supposedly despises her; her love for him makes her give up her life. While very little is dwelled on Chandramukhi's life, what was shown was a loving, caring, and well-natured person. This brings to light the idea that not all courtesans are in the profession for money or because they want to be. 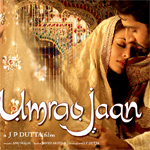 Finally, we have Umrao Jaan in both the 1981 movie by Muzaffar Ali and the 2006 movie by J.P. Dutta. Umrao Jaan (played by Rekha in 1981 and by Aishwarya Rai Bachchan in 2006) is a courtesan who was kidnapped and sold to the brothel at a very young age as a form of revenge against her entire family. She grows up to become a highly coveted courtesan who catches the eye of Nawab Sultan (played by Farooq Shaikh in 1981 and by Abhishek Bachchan in 2006). The two fall in love but when Nawab Sultan's family discovers the romance, he is disowned. Umrao Jaan meets a dacoit, Faiz Ali (played by Raj Babbar in 1981 and by Suniel Shetty in 2006) and she runs off with him only to lose him when he is arrested. She later returns to her old life and seeks her family who immediately reject her on learning of her profession. Umrao Jaan brought to light the life of a courtesan who is forced into the profession and who is rejected by all even though she herself isn't at fault.
The above are just some of the movies that depict a sex worker's life. Other movies include Pakeezah, Mandi, Undertrial, Khilona, Muqaddar Ka Sikandar and Suhaag. In the past, a sex worker was often depicted as womanly, loving, caring, and full of poetry. As times progressed, the real lives of a sex worker came to the forefront. It is now evident that not all is as glory as once stated. What are your views?
Writer: Shreya S.
Editors: Alina S. and Jenifer Y.
Graphics: Gurprit K.
Do you have a suggestion or comment for BollyCurry? Drop us a PM at BC_Dropbox today.
6 Likes