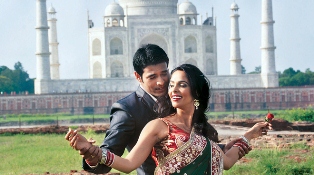 Vijay singh, who won The Bachelorette India - Mere Khayalon Ki Mallika', might be seen in a cameo in upcoming fantasy show 'The Adventures of Hatim'.

The model has been approached for the role, but he has not confirmed as yet.

"Vijay Singh has been a model and thus fits well in the role. However, it is not sure whether he would agree to be part of the show. Only time will tell," said a source from the channel.

Based on the popular folktales, the show will transport the audiences into a surreal world of fantasies, action and adventures.

It will premiere Saturday on Life OK.