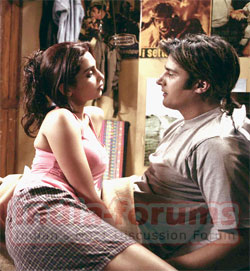 The much-talked about 'Dus Kahaniyaan' is in the news again after a while. This time, it is all about the aesthetics of the movie. And adding to it is poet-lyricist Gulzaar.

The legendary poet has written ten poems – one for each story in the film. Each poem is his interpretation of the story. These ten poems are now incorporated into the three-disc music album of 'Dus Kahaniyaan'. And reciting these poems are actors like Nana Patekar, Naseerudin Shah, Amrita Singh, and Anupam Kher, amongst others.


Sanjay Gupta is ecstatic about the inclusion. "I've been convincing Gulzaar Saheb to be part of my cinema for a long time. I'm his biggest fan in the world and with Dus Kahaniyaan I have got what I wanted," he says. Gulzaar adds, "I feel the scope of poetic expression is expanding in our cinema."