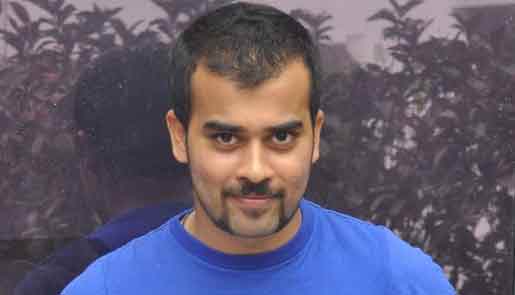 Telugu actor Chaitanya Krishna, who has starred in Tamil film "Rowthiram" earlier in his career, hopes to find more work in the industry through his upcoming Tamil revenge drama "Porkuthirai".

"I hope people will appreciate the film and offer me more work in Tamil. I've already worked in a Tamil film where I've played a villain, so I wish to work again in the language," Chaitanya, who has decent command over his Tamil, told IANS.

"I had to go through a lot of physical transformation for the role. I had to grow hair and beard for ten months. My director would come and check on me at regular intervals to make sure I have the perfect look," he said.

"During the course of the shoot, I had to forgo seven films because I felt this film will give me the desired break in the industry. I never knew the film would take two years of my time, but in retrospect I feel it was a satisfying experience," he added.

To prepare for his character, Chaitanya closely studied the roles of Suriya and Hrithik Roshan in "Yuva" and "Agneepath", respectively.

The film, which was shot against the backdrop of rural underbelly of 1980s, also features Chandini, Kavita Srinivasan and Pankaj Kesari in the lead roles.

Chaitanya describes "Porkuthirai" as a "very realistic" film, which is directed by Sri Prawin.

"The director is a big fan of Tamil director Bala. He wanted his film to be as raw and realistic as Bala's films. Everything in the film is shot very realistically," he said.

Prawin, who is also a former associate of Ram Gopal Varma, comes "with a lot of clarity and extracts exactly what he wants from his actors".

For Chaitanya, "Porkuthirai" is also the "most tiring film" of his career.

"For a three minutes song, we shot for six days in a row. To add to our woes, it rained non-stop. It was extremely cold when we shot the song. We had to endure it and sometimes we even skipped lunch to shoot it. It was the most tiring experience of my career," he added.