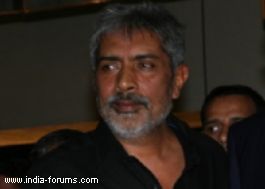 Filmmaker Prakash Jha, who is all set to come out with his film, "Chakravyuh", says that the song "Tata Birla Ambani aur Bata" is not meant to disrespect anyone. He has also added that they have voluntarily put a disclaimer in the song.

"We have taken the song 'Tata Birla' from the villages. This is their way of protest. When we think of the face of the industrialists, we think of Tatas and Birlas. We have no intention of disrespect. We have also put a disclaimer voluntarily," he said at the music launch of the film held Wednesday.

Jha also elaborated on the story of the film saying: "The story is about two friends who are stuck in a situation due to their beliefs. They take decisions and it is tough for them to get out of it."

The music of the film has been composed by Salim-Sulaiman.

The film is all set to release on Oct 24.

Ramesh Taurani Spoke To Sushant a Day Before He Passed Away; ...
5 minutes ago