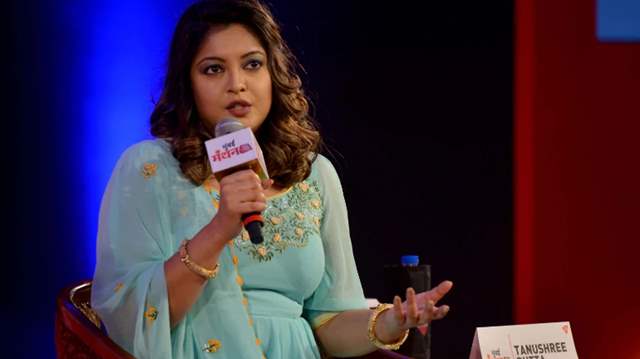 Tanushree Dutta has spoken her heart out and revealed that the people in India do not understand the meaning of sexual harassment and has given her piece of mind about the same.

The actress shares, "Many people in our country do not understand the meaning of sexual harassment or for that matter the meaning of the word "harassment" or perhaps they just pretend not to. Harassment means mentally torturing  someone on the premise or pretext of asking sexual favours, trying to pressure a woman to do something against her will or out of her comfort zone by using underhanded tactics,by force,by manipulation or by threats. Outraging her modesty by Uncomfortable advances, sleazy comments,verbal abuse and uncomfortable physical touch where the woman is not willing is also in the preview of sexual harassment.

Sexual harassment is qualified as a separate category in law apart from abuse, assault, rape and molestation and is also a punishable offence as serious as the other offenses.

This kind of information needs to be taught in schools,colleges,in companies,hiring departments of various industries as well as as part of a public service initiative so that people can be aware of their rights and responsibilities.Also the Police force,law and judiciary needs to be given a master class on harassment laws as those guys are the primary investigative agencies and very often they mix harassment with abuse,assault and rape and hence unable to correlate the evidence when its provided to them. Very often a harassment complainant is not taken seriously in India although eve teasing and unwarranted misbehavior towards women/feminity has been rampant across the country according to several psychological studies and reports.This needs to be taken note of  too.

Also the use of terminology callously without understanding the meaning and ascribing more heinous offenses to it makes it plausible for it to be denied and thus dismissed.This is the sad and sorry state of awareness about harrassment laws in our country and hence clever creepy people continue to thrive despite rising protests as they always pretend indifference, ignorance or twist words to dismiss matters when confronted.So the key is to verbalize accurately with clarity the nature of the offence while confronting these people.Therefore a mass initiative on creating awareness on harrassment laws will curb the incidence of crimes against women and children in our country. They say when you throw light on darkness the darkness slowly dissolves.The police force as well as the judiciary needs to be schooled and sensitized on this.

I suggest the women politicians of our time take up this issue seriously with the powers that be and actively enforce some educative and corrective measures en masse. In layman's terms teach the public what kind of behaviour tantamount to misbehavior and  harrassment since clearly most of these guys who indulge in this kind of behaviour have not been brought up well by their parents and need extra schooling on the concept of consent,personal space and civilized behaviour. Also there should be legal  blanket ban on glorification of such behaviour in popular media.

If these measures are implemented then that would be an active step towards reforming the Midset of a nation that is reeling under the influence of a very negative kind of oppression,one that is surely affecting future generations in many ways."

Further, she also spoke about the gut wrenching rape cases that took place in the days gone by.

She says, "I'm sad over the turn of events this last weekend with several reports of violent crimes against women. RIP Priyanka Reddy. Very sorry on behalf of the human race.Very sorry God that we have not been able to truly love one another as you commanded and protect our own kind from harm.My heartfelt condolences to Priyanka's family in these trying times.

Last week, while I embarked on yet another spiritual journey by learning an ancient meditation technique passed down by an ancient lineage of spiritual masters; this horrendous news flashed across my tv screens in stark contrast to the reality I aspire to co-create on earth. Another harsh reminder of the darkness, evil and ignorance that engulfs whosoever comes in its path.

What really makes humans be so inhumane for their own selfish pleasures?? Can pleasure derived out of another's pain bring lasting joy?? Can all people be taught to transmute their dense tendencies and reach out for true and lasting eternal pleasure instead??

Have these criminals been victims of abuse themselves perhaps at some point due to which they have lost all empathy and compassion?? What makes one human become a saint and another become demonic despite both being part of the same world?? Why is the presence of God not felt by some at all?? Can free will and choice really be applicable to someone under the influence of a sinister malevolent energy?? Do we need mass psychotherapy/exorcisms now with what we are witnessing?? Should we pray that a miracle manifests and this evil starts transfiguring??

What is this strange play of light and darkness?? Are we all really in a movie or sort of like a matrix like the saints called it maya?? Feels surreal does'nt it when something like this happens?? Who is writing this script?? Can I rewrite just my portion or help overhaul the entire story of humanity?? Will mass prayer focused on change and collective positive intention work?? How many will we lose to  these heinous incidents and why??

Few things to ponder while we mourn the countless like Priyanka Reddy who battled demonic forces within humanity and lost their lives.

Rithvik Dhanjani on Dying To Do a Fiction Show Now Amidst ...
36 minutes ago

exclusive
Exclusive "The character is a very honest person who is very faithful ...
51 minutes ago