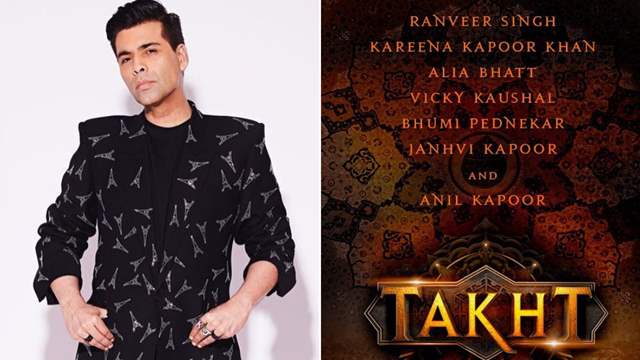 Karan Johar announced his most ambitious project ‘Takht’ back in 2018. Based on the the Mughal rivalry for the throne between Aurangzeb and his brother Dara Shukoh, the film had made headlines for it’s ensemble cast.

The film was put on hold for a long time and then the novel COVID-19 hit the nation in 2019, leading to a nationwide lockdown and delay of several movies. Cut to 2021, reports suggested that KJo’s Takht has been permanently shelved.

However, this piece of news making rounds is far from true. Karan Johar has rubbished such rumours and confirmed that the film is not shelved but delayed.

Currently, Karan Johar is busy completely the shooting of his recent projects including Jug Jug Jeeyo starring Varun Dhawan Kiaran Advani, Neetu Kapoor and Anil Kapoor, and the long standing Brahmastra. Just like Takht, Brahmastra has been unable to see the light of a release and has faced several delays ever since it went on floors. Directed by Ayan Mukerjee, starring Alia Bhatt and Ranbir Kapoor in lead roles, Brahmastra is a trilogy fantasy film.

Reports state that the filmmaker will commence work on Takht after wrapping up the pending projects.