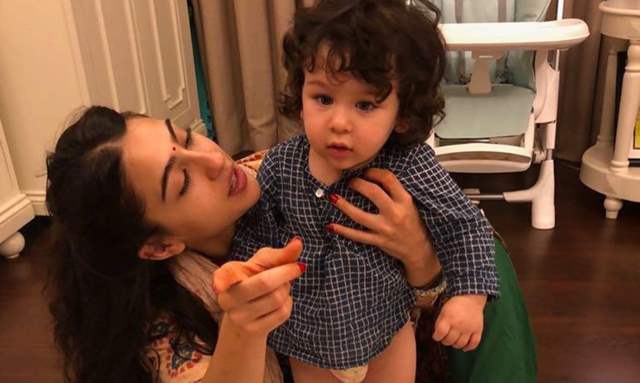 There's no doubt how madly we love Taimur Ali Khan, and he is equally loved by the shutterbugs. Although when it comes to cuteness, there's no competition for him. The little munchkin has repeatedly proved to be the daily dose of happiness.

However, big sister Sara Ali Khan is no different from him. The young actress is winning hearts with her mind-blowing performance and adorable looks. Sara has climbed her way to the list of Bollywood favorites and how. Never holding herself back, Sara's candid demeanor, too, has grabbed everyone's attention.

Thanks to the lockdown, the little one has got some break from the paparazzi, who rather keep following him wherever he would go.

Taimur has reportedly picked a very funny nickname for Sara. In an old interview, the Kedarnath actress had revealed that the little one calls her 'Gol'. It seems Taimur has mistaken sister Sara for her old looks. While she is nowhere near to be Gol but for Taimur, he feels that his sister is a Gol meaning round.

Meanwhile, on the work front, Sara Ali Khan is next to be seen in Coolie No 1 along with Varun Dhawan. The film is being helmed by David Dhawan, but the shooting of the same has been stalled due to the outbreak of Coronavirus. She also has Anand L Rai's Atrangi Re in her kitty co-starring Akshay Kumar and Dhanush.

Sara Ali Khan writes an adorable poem as she shares photos from her ...