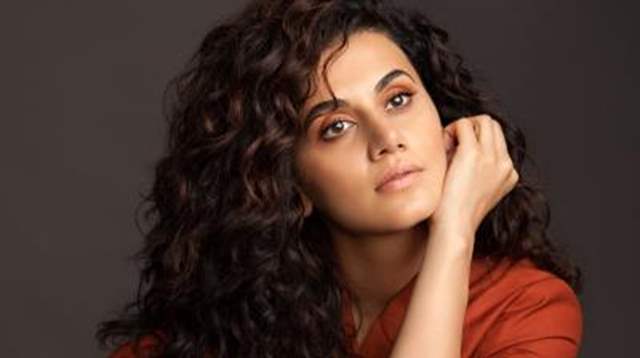 Rhea Chakraborty is the prime suspect in Sushant Singh Rajput's death case. The actress, who was in a live in relationship with Sushant came under the scanner after the late actor's family levelled several allegations against her including abetment of suicide.

Sushant's case has been transferred to the Central Bureau of Investigation (CBI) and while the probe is still on, a social media trial against Rhea Chakraborty has gained mileage.

Reacting to the outrage against Rhea, actress Taapsee Pannu took to Twitter to voice her opinion and stated that it is wrong to convict someone until found guilty. Sharing Lakshmi Manchu's tweet, the Pink actress wrote:

“I didn’t know Sushant on a personal level nor do I know Rhea but what I know is, it only takes to be a human to understand how wrong it is to overtake judiciary to convict someone who isn’t proven guilty. Trust the law of the land for your sanity and the deceased’s sanctity.”

Meanwhile, South actress Lakshmi Manchu penned a note against the social media trials of Rhea Chakraborty as she stood for her colleague. She wrote:

“I thought a lot about if I should respond or not. I see so many people so silent because the media has made a monster out of a girl. I don’t know the truth and I want to know the truth and I hope the truth will come out in the most honest way. I have complete trust in the judiciary system and all the agencies that are involved in bringing justice to Sushant.”

She further added, “But until then can we restrain ourselves from being evil and cruel and lynching of person and her entire family without knowing the facts. I can only imagine the pain the entire family is going through with these so-called media trials. If something like this happened to me I would want my colleagues to stand up for me at least the ones that know me to say back off hang on leave her alone and I ask all of you to do the same back off hang on leave her alone until the entire truth is officially released. I am pained by what we have become. How are we being authentic if we don’t speak our heart when we have a voice to lend. I’m standing up for my colleague.”