One of the most powerful emotions that humans can feel is temptation. Wise men have rightly said that the best way to get rid of temptation is by yielding it. Temptation is perhaps one of the many factors that lead people into something new, something unfamiliar and it is this mysteriousness that brings out the beauty of the element. It is this temptation of proving their mettle that pushes people to experiment with their boundaries and they foray into the unknown.

This week, BollyCurry presents to you a few of those who dared to step up from the regional cinema in North India and journeyed towards the South to try their luck in the B-town. Regional cinema in the North majorly constitutes of the Punjabi film industry, also called Pollywood. Through the years, we have witnessed a lot of actors oscillate from Pollywood to Bollywood and vice-versa. Let's take a quick glance of the few noted names.
Jimmy Shergill 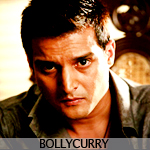 The charming actor started his acting career with Gulzar's critically acclaimed Maachis (1996). He went on to act in many notable movies such as Mohabbatein (2000), Dil Hai Tumhara (2002), Mere Yaar Ki Shaadi Hai (2002), Charas (2004), and Hum Tum (2004) among others, before finally turning towards the Punjabi cinema for recognition. Pollywood didn't disappoint Shergill when he earned overnight stardom with the success of the film Yaaran Nal Baharan in 2005. He went on to star in numerous movies amongst which Munde U.K De (2009), Mel Karade Rabba (2010), Dharti (2011) and Saadi Love Story (2013) were greatly appreciated. It was this adulation that got him to feature in few of the most distinguished movies of Bollywood like A Wednesday! (2008), My Name Is Khan (2010), Tanu Weds Manu (2011), Saheb Biwi Aur Gangster (2011), Special 26 (2013) and others.
Surveen Chawla 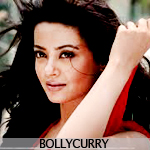 Next on the list we have the stunning actress Surveen Chawla. Chawla first appeared in the Punjabi movie Dharti in 2011 opposite Jimmy Shergill. She then starred in various other movies like Taur Mittran Di (2011), Saadi Love Story (2013), Singh vs Kaur (2013) and Lucky Di Unlucky Story (2013). She forayed towards Bollywood with the thriller film Ugly (2013) but she claimed recognition in the industry with her stint in the 2014 thriller Hate Story 2 opposite Jay Bhanushali.
Gavie Chahal 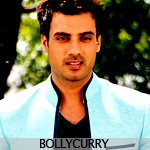 The dashing debonair of the Punjabi film industry, Gavie Chahal is known for Punjabi movies like Yaaran Naal Baharan (2005), Mehndi Wale Hath (2006), Majajan (2008), Pinky Moge Wali (2012) and a few more. To his credit, he made his Bollywood debut with one of the most successful films of the year 2012, Ek Tha Tiger. He played a pivotal role in the movie and was appreciated by the audiences.
Neeru Bajwa 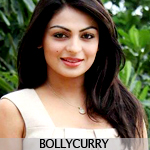 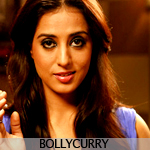 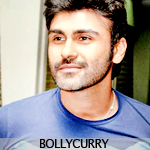 Son of the veteran actor Raj Babbar, Aarya Babbar started an acting career with Bollywood to no avail. He starred in Ab ke Baras (2002) opposite Amrita Rao but the movie didn't manage to garner much attention. He has been oscillating between Hindi and Punjabi movies, though the latter brought him more success. He has one some prominent movies such as Virsa (2010), Yaar Annmulle (2011) and Naughty Jatts (2013). He also has to his credit a few noted Hindi movies like Guru (2007), Tees Maar Khan (2010), Ready (2011) and Matru Ki Bijlee Ka Mandola (2013).
That is all from the box of BollyCurry for now. Readers are invited to step forth and mention their favourite actors or actresses who have taken a leap from the regional cinema towards the hub of Indian films. For more interesting editions of cross-over between regional cinema and Bollywood, keep watching this space.
Writer: Pooja B.
Editors: Mohini N. and Sonia R.
Graphics: Shikha A.
Have a suggestion or comment for BollyCurry? Drop us a message at BC_Dropbox today.
6 Likes

Ruchikasahni 5 years ago I have watched each n every movie of Jimmy Shergill. I just love him.

samicute 5 years ago Jimmy Shergill, Surveen Chawla and Neeru Bajwa are doing great in punjabi cinema!
Especially Neeru Bajwa every film of her is just awesome.

pooja_shineStar 5 years ago Jimmy Shergill, Surveen Chawla and Neeru Bajwa are doing great in punjabi cinema!
Especially Neeru Bajwa every film of her is just awesome.
Waiting for her new movie with Diljit Dosanjh