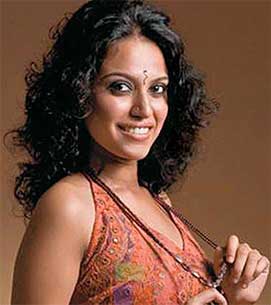 A year after the inhuman Delhi gangrape, which saw the country united against gender violence, actress Swara Bhaskar, theatre and protest music band Swaang, and cultural group Majmaa have joined hands for a week-long initiative which will spread awareness about the cause.

Jurrat: Aazaad Chalo, Bebaak Chalo, the initiative begins in the capital Dec 10. It will culminate with a musical event Dec 16, the day a 23-year-old was brutally gangraped here last year.

The week-long programme will be launched at the India Habitat Centre here on the first day. It will be followed by performances by renowned artists, talks and interactions facilitated by experts.

Prominent artists like Rabbi Shergill, Sona Mahapatra and Swanand Kirkire will also perform on the last day of the event, said a statement.

Talking about "Jurrat...", Swara, a theatre enthusiast and a part of cultural group Swaang, said: "The heinous gang rape in Delhi on Dec 16, 2012 jolted the country out of a slumber and forced the society at large to open its eyes to the dark truth the victim's brutalised body told."

"'Jurrat...' is an endeavour to mark one year to the victim's fight and to keep her story, memory and fight alive," added the actress.