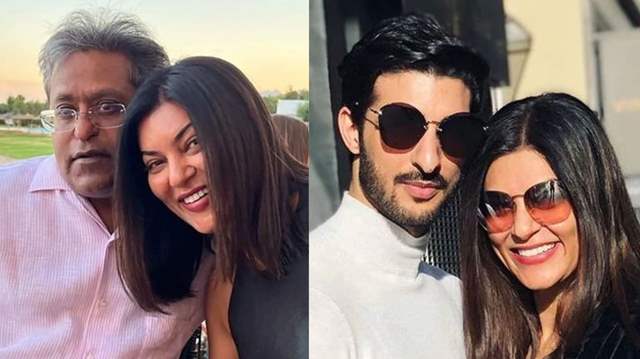 IPL founder Lalit Modi's disclosure of his relationship with Bollywood star Sushmita Sen has left the internet in a state of bewilderment. On his Instagram account, Modi posted a number of intimate images of the couple enjoying each other's company.

He also referred to her as his "better half." He came to Twitter to explain that he is not yet wedded to his "better half," minutes after his revelatory remark went viral. Modi tweeted, "Just for clarity. Not married - just dating each other. That too will happen one day".

The entertainment and cricket industries were taken aback when Modi referred to this time in his life as a 'fresh beginning'.

To be noted, until May 2022, Sushmita Sen was in a relationship with Rohman Shawl and seemed to be content with him. Now Sushmita's ex-boyfriend has reacted to this news. Talking to Pinkvilla he said,

"Let’s be happy for them na. Love is beautiful. All I know is if she has chosen someone, he is worth it!"

For the unversed, Lalit Modi tied the knot to Minal Modi in October 1991. They were blessed with a baby boy and girl. The four-person family resided in a luxurious mansion in Mumbai. Sadly, Minal passed away in 2018 after a protracted battle with cancer.

Meanwhile, when Sushmita announced her breakup with Rohman, some reports mentioned that the couple is still in love, but Sen wanted to keep her love life low-key so that her ex-boyfriend's career would garner more attention. However, after then, things appeared to have altered more quickly.

+ 8
2 months ago poor guy, he is dating miss universe. who would want to show that off ??

+ 6
2 months ago Ok this Rohman chap deserves a second dekho, as for Lalit Modi, he is fraud and that’s that!

+ 10
2 months ago Nice to see things didnt end badly between them. Yes lets be happy for Lalit n Shush