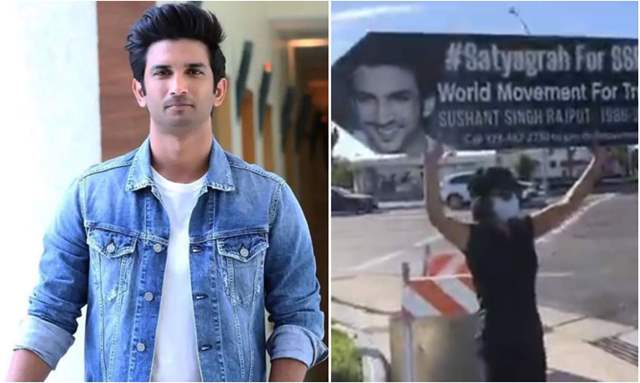 From sharing memories of her beloved brother to appreciating the fans’ efforts, Shweta has been the backbone of the JusticeforSSR movement. Now, SSR’s sister has shared a video of a fan who was seen holding a signboard on the streets of California which read, ‘#SatyagrahForSSR’.

Sharing a video of the fan through her Twitter handle, Shweta wrote, “Bay Area, California. #SatyagrahForSSR”

The video featured a woman holding a signboard on the footpath and showing it to cars passing by. The signboard read, "#Satyagrah For SSR World movement for truth Sushant Singh Rajput:1986-2020."

Meanwhile, CBI is currently investigating Sushant Singh Rajput’s death. The agency has been working relentlessly amid the Coronavirus pandemic and the team leading the probe has brought major developments in the case.

Meanwhile, the Narcotics Control Bureau (NCB) is on a lookout for the drugs angle in SSR’s death investigation. The parallel investigation led by NCB has unveiled an explosive drug nexus in Bollywood.