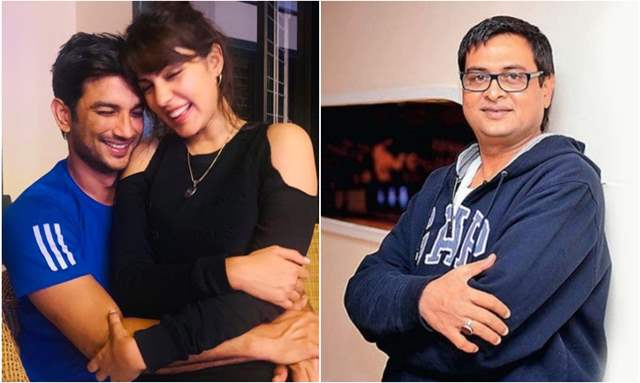 Sushant Singh Rajput’s sad demise left the fans shattered and the release of his last film Dil Bechara helped them cope with the loss of their beloved stars. Meanwhile, his rumoured girlfriend Rhea Chakraborty has been trying to move on and she is currently working hard to make a comeback in the films.

Many big names have come ahead in support of Rhea after a harrowing 2020 and the clouds seem to be clearing after a long time for the actress. However, she yet again suffered another setback when Rhea’s image was cropped from the first poster of her film Chehre.

Now, several prominent filmmakers are stepping ahead and expressing their desirous of working with Rhea.

A recent Bollywood Hungama report quoted a director speaking about Rhea and said, “Of course I want to work with her. She is pretty and talented. And now people want to see her. I don’t mind working with her even if she’s out on bail. If Sanjay Dutt could be so busy during his bail phase why can’t this girl work? She and her poor family has gone through a lot. All the pain would make her a better actress than she was a year ago.”

Chehre would be Rhea’s comeback film which is being helmed by Rumi Jaffery. He reportedly mentioned that Jaffery is ready to sign her for another film. “I have throughout maintained she’s an innocent victim. She and her family didn’t deserve this. Her father has served the country for years. I worked with her before all this (the tragic aftermath of Sushant’s death) in Chehre. I was going to shoot a love story in London with Sushant and Rhea for producer Vashu Bhagnani after the lockdown. But God had other plans,” Bollywood Hungama quoted Rumi Jaffery.

If we are to go by the reports, Rumi will either revive the Sushant-Rhea project with Rhea and another hero or might also sign her for an entirely new another project. “But I will work with her for sure. She deserves another chance. She is talented and beautiful and she’s gone through a lot,” said Rumi.

+ 6
1 months ago nothing to do with her involvement in his murder. she is NOT TALENTED at all...now getting sympathy roles.really there are many more talented people who can atually act. she can't act at all