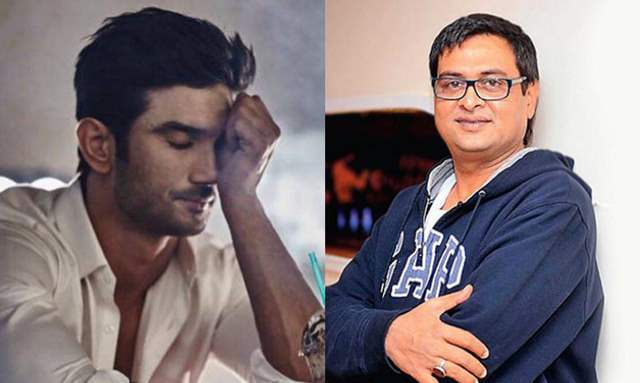 Sushant Singh Rajput breathed his last exactly a year ago on June 14, 2020. The Chhichhore actor was found dead in his Bandra, Mumbai home. Establishing his career in TV, SSR transpired to become one of the most critically acclaimed stars in Bollywood.

He made his Bollywood debut with the 2013 release Kai Po Che - helmed by director Rumy Jafry - which was based on author Chetan Bhagat's popular novel The Three Mistakes of My Life. It emerged as a big hit while receiving rave reviews.

Right when the nation-wide lockdown was announced, Sushant was discussing a film with his director friend. Now, during a recent interview with Pinkvilla, Rumy spoke about the bond he shared with Sushant.

“It was an intimate bond and we never clicked many pictures. He loved the food cooked by my wife and often came over for home cooked meals. Life is cruel. A year back, we used to speak to him and today, we are speaking about him,” Rumy sighs.

Recalling his last conversation with Sushant, the Chehre director said, “It was exactly a year back on June 12 at around 3 pm when Sushant and I spoke. And that happened to be our last conversation,” he admits, adding further that their film was supposed to start from the month of May 2020.

“We had everything in place, including the music. When a lockdown was announced in March, Sushant was a little concerned about shooting for the film. While we were all optimistic that things would be normal by the end of April, the lockdown kept getting extended,” Rumy Jafry said.

Rumy revealed that it would have been difficult to shoot the romantic comedy in Covid times and hence, he was also exploring another relatively small film with Sushant.

“When things kept getting delayed, he had asked me to find something that’s relatively small, which we could shoot with a smaller unit. Something like say, Rajesh Khanna’s Ittefaq. We were on the lookout for a story. These conversations were happening towards the end of May last year,” he informed.

He concludes by recalling the traits of Sushant. “He was a man full of heart and there lived a kid in him. He would often hug me and I loved him. Our bond was much beyond that of an actor and a director,” Rumy signed off.