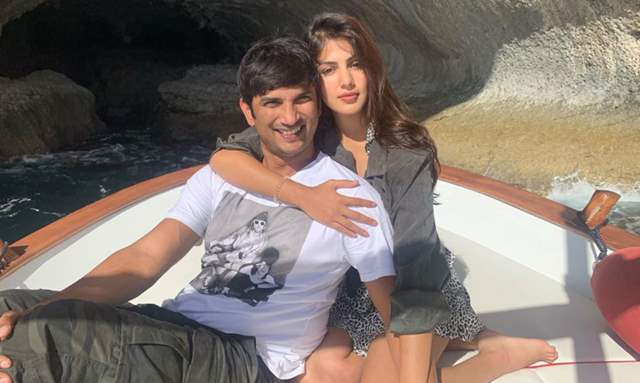 Sushant Singh Rajput’s sad demise has sent tremors across the nation and many are looking forward to the police investigation. He had passed away on June 14, 2020, at his Bandra residence in Mumbai. While many believed Sushant would never commit suicide, fans and several Bollywood celebrities have asked for detailed investigation.

Today, The Supreme Court is scheduled to hear actress Rhea Chakraborty’s plea seeking transfer of an FIR from Patna to Mumbai. The hearing is scheduled after Sushant’s father KK Singh filed an FIR against his girlfriend Rhea Chakraborty in Patna under Sections 341 (wrongful restraint), 342 (wrongful confinement), 380 (theft), 406 (breach of trust), 420 (cheating), 306 (abetment to suicide) of the IPC.

Rhea has challenged Bihar police's jurisdiction in the matter, given that the alleged crime took place in Maharashtra.

The recent NDTV report quoted Rhea Chakraborty as she said it was becoming "increasingly evident that the FIR was successfully filed in Patna only due to intervention of the Chief Minister of Bihar and other local politicians".

The actresses plea also mentioned that she has a "strong prima facie case in her favour as it is submitted the cause of action has not even remotely occurred within Patna." Chakraborty has also said that Sushant Singh Rajput, “was suffering from depression for some time and was also on anti-depressants and he committed suicide on the morning of June 14, 2020, at his Bandra residence by hanging himself.”

Reportedly, the hearing will be headed by Justice Hrisheksh Roy, and keenly followed by Bihar Chief Minister Nitish Kumar who recommended CBI probe the case.

Anurag Kashyap's Lawyer Releases Statement on His Behalf
20 minutes ago