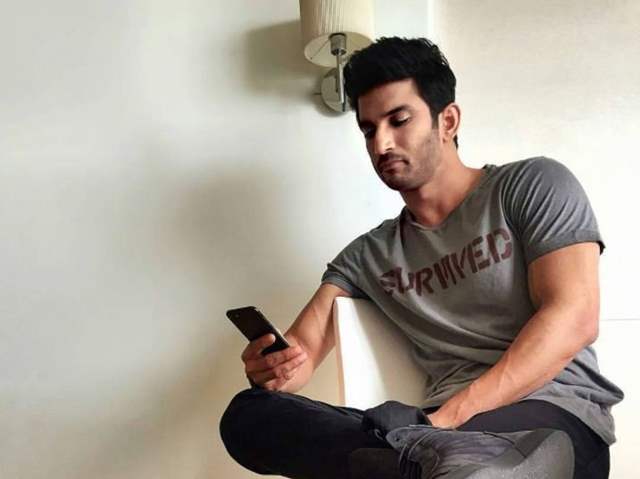 Sushant Singh Rajput's mobile phone's forensic report has been out and it claims that the 34-year-old actor Googled himself before taking the drastic step of taking his life by hanging himself from the ceiling of his residence in Bandra, Mumbai.

As per a report in Zee News, before he ended his life, Sushant ran a Google search on his name. The primary forensic report of his mobile phone indicated that the actor searched his name ‘Sushant Singh Rajput’ on Google at around 10.15 am on June 14. He apparently read a few articles on him, including a few news reports.

Sushant's death came as a huge shocker for the whole nation and for the Hindi film industry too. While his Post-mortem reports confirmed no foul play in his death and the cause of death stated in both his autopsy reports is ‘asphyxia due to hanging’, his near and dear ones and his fans claim that professional rivalry was the main root cause that instigated him to take his own life. Owing to this, the Mumbai police have been running a thorough investigation into the actor’s demise.

Reportedly, so far they have recorded statements of about 28 people thus far that include his family, friends, co-stars and a few acquaintances.

In their findings, the cops have ruled out any foul play as no marks or injuries were found on his body.The actor’s viscera report that was released recently also ruled out the presence of any suspicious chemicals or poison.

On the other hand, actor Shekhar Suman and members of various political parties apart from fans have demanded a CBI probe into the matter.

RapChick101 1 months ago We want justice for Sushant Singh Rajput❤️

"Rhea is Being Subjected to a Bizarre & Dangerous Media ...
52 minutes ago