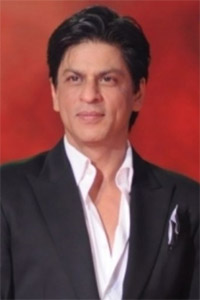 
SRK sure can be crooning this song for a while. Playing superhero stunts apparently, is only an onscreen act - in reality, the man suffers himself!


However, old pains have returned to play spoilsport for King Khan. Active sequences, he confesses, leaves his knee in agony. Additionally, his shoulders are showing symptoms of trouble, as well.

It is widely known that SRK has undergone some major surgeries in the past, both recently and in the past. Of course, he is not getting any younger either, even if four decades plus is not particularly old age.

Shooting some action scenes for Ra.One has left tinsel town's beloved Baadshah in pain. A few days ago he said, "My knee always acts up after a few active sequences. Have learnt to live with it. The knee and shoulder keep getting sore. But it's okay ... body gets used to it after a while. I am the king of pain. No pain, no gain" (SRK's tweet, (c) Twitter).

As the king, he is here, there, and everywhere! As his loyal subjects (read: ardent fans), we sure hope and pray SRK will overcome the pain soon, and that Ra.One will be one major hit worth all his tedious efforts!