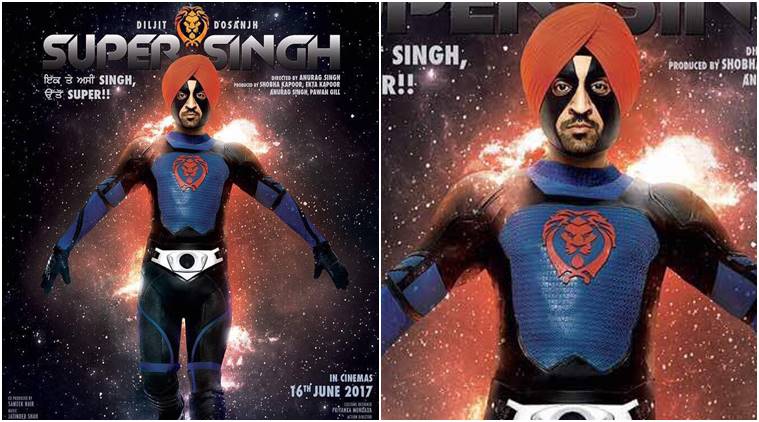 Ekta Kapoor's Balaji Motion Pictures and Anurag Singh and Pawan Gill's Brat Films' Super Singh released on June 16 witnessed both commercial success and critical acclaim, with audiences raving about the family entertainer that saw Diljit Dosanjh play a superhero for the first time on screen.
Touted as India's first Punjabi language superhero film, Super Singh opened to a fabulous response at the ticket counters across India and overseas, and has grossed more than Rs 6 crore net in India over the weekend, making it amongst the top Punjabi film openers!!
While the film has got good reviews all over, the strong and positive word of mouth along with Diljit and Sonam's entertaining acts has managed to get a good number of footfalls and saw big box office jumps over the weekend.
Going by the phenomenal opening of India's first Punjabi language superhero film, the strong message of the film about Sikhs and their 'pag' (turbans) has translated huge and resonated deeply with the Punjabi community worldwide, they all are feeling a strong sense of pride.
The movie that is running successfully worldwide has been appreciated by all age groups, especially kids and the youth going gaga over the movie's chartbuster tracks including Ho Gaya Talli, Glorious Gallan & Hawa Vich.
Praising the film's super performance at the box office, Box Office India had mentioned, "Super Singh (Punjabi) had a good opening as it grossed around 3.8 crore nett in twos days, Saturday showed a growth of 12% from Friday which is good for a Punjabi film and this means the film would be looking at a 25-30% growth on Sunday."
Produced by Ekta Kapoor's Balaji Motion Pictures and Anurag Singh & Pawan Gill's Brat Films, Super Singh released on June 16, 2017 worldwide!
0 Likes

Ekta Kapoor Reacts Strongly to the Case Filed Against her with Regards ...