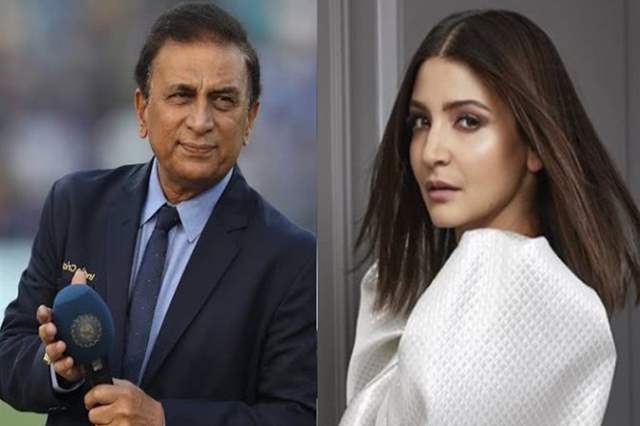 Ever since cricket commentator and former l=player Sunil Gavaskar made a comment about Virat Kohli's performance yesterday, one did not quite anticipate actor Anushka Sharma coming forward to make a remark about it. As known, it so happened that around Kohli's unsuccessful performance yesterday, Gavaskar, during the commentator stated, "Inhone lockdown me to bas Anushka ki bowling ki practice ki hain." (Translation: Virat Kohli has only trained against Anushka’s bowling during the lockdown) while referring to a viral video where Virat and Anushka was filmed playing cricket on the terrace of their house and how lack of practice because of the lockdown may hamper one's game.

Post this, Sharma took to Instagram to slam this comment and one of the excerpts from her post read, "That, Mr Gavaskar, your message is distasteful is a fact but I would love for you to explain why you thought of making such a sweeping statement on a wife accusing her for her husband's game? I'm sure over the years you have respected the private lives of every cricketer while commentating on the game. Don't you think you should have the equal amount of respect for me and us? (sic)"

Now, after all this, in an interview with India Today, Gavaskar has responded to this post and stated that he is certainly not blaming Sharma for Kohli's failures. "Firstly, I would like to say it again. Where am I blaming her? I am not blaming her. I am only saying that the video said that she was bowling to Virat. Virat has played only that bowling during the lockdown period. It's a tennis ball, fun game that people have to pass time during the lockdown. That's all. Where am I blaming her for Virat's failures?", he said.

What do you thik about this saga? Leave in your comments below.